The Aussies are in full steam preparing for their very first Eurovision national final. SBS, the Aussie national broadcaster, has unveiled the names of three more acts who will compete in Eurovision: Australia Decides next February.

SBS has revealed the names of three more acts who will compete in the 2019 Australian national final:

Courtney and Aydan both bring enormous talent and their own audiences to Eurovision – Australia Decides, we are so thrilled we have them both. Leea Nanos is also an exciting surprise for us to announce.

By opening the Eurovision song writing competition to all Australians, we set out to find new exciting songwriters. When I heard Leea’s song, it gave me the same feeling as when I first heard Sound Of Silence – it has a cinematic power about it.

We thought about who could champion this song best as a vocalist and, ultimately, decided Leea would sing her song better than anyone.  It’s very exciting that she will be performing with some of our greatest singers on the night.

In 1994 SBS uncovered an unsigned band from Newcastle known as Silverchair. 25 years later we’re providing a stage to 16 year old Leea Nanos and we hold similar hopes for her future career!

Together with Courtney and Aydan, these three artists are a testament to the breadth and depth of talent in this country – both established and emerging. Eurovision – Australia Decides promises to be a true celebration of the diversity of musical voices in this country and we can’t wait to announce our final three performers in January. 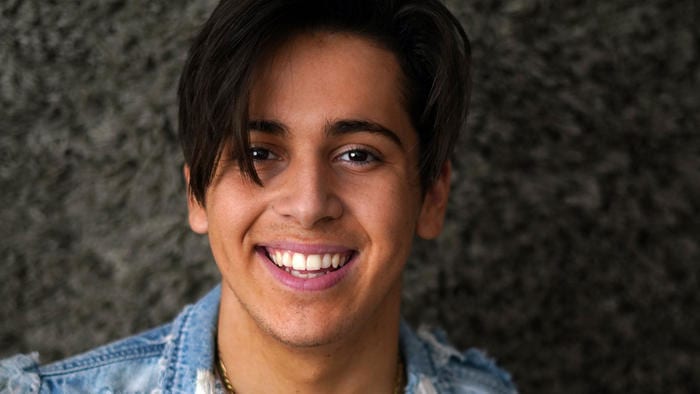 Aydan is best known for his outstanding Grand Final appearance on The Voice Australia, he is no stranger to Australian television. He first appeared on our screens in the comeback series of Young Talent Time at the age of 10.

In the few short months following The Voice he completed a national tour, and received rave reviews for his high-energy shows and charismatic personality. With blistering pop performances and killer choreography, this young star can do it all.

It’s unbelievable to be participating in Eurovision – Australia Decides.

Having been a fan of Eurovision, it’s really hard to comprehend that I am going to have a shot at representing our country at the Eurovision Song Contest in 2019.

I have such a supportive fan base and I am hoping that together we’ll go on this journey and see a new generation of Eurovision fans. 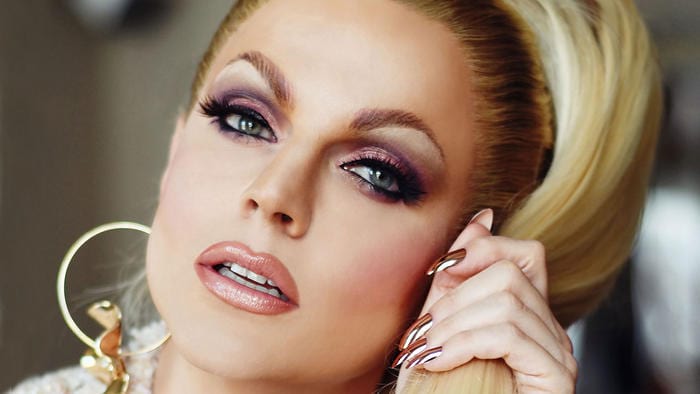 Boy. Girl. Artist, Advocate. Courtney Act is more than just the sum of her parts. One of the first artists to show their gender fluidity during season one of Australian Idol, Courtney showed the judges much more than her music ability.

In 2014 she returned to television as one of the top 3 in Season six of the Emmy Award-winning RuPaul’s Drag Race and in 2018, she entered the UK Celebrity Big Brother house. Her iconic blend of heart and humour, brains and beauty, won the world’s heart and the competition.

Courtney is the host of the first bi-sexual dating show The Bi Life airing on the E! Channel worldwide. She is a contemporary artist who embodies the zeitgeist of an era.

A sweet 16 years after Australian Idol I have the chance to show Australia how I have grown as an artist and a performer and I am so excited.

To compete to represent Oz in Eurovision is second only to being on that stage in Tel Aviv and singing my lungs out for my country.

I’ve sat at home every year since Guy Sebastian competed in 2015 and have been so keen to be a part of it. Now, this might be my chance!” 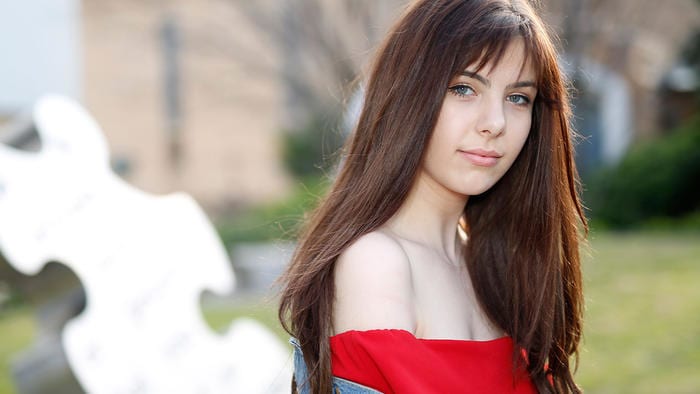 A talented young performer who is so often praised for her vocal maturity, Leea Nanos has been making waves in the industry for the past few years.

At only 16-years-old, it’s hard to think of Leea as a veteran, but in the last three years she was honoured with the invitation to perform at The Olivia Newton John Wellness Walk and Research Run.

In addition, Leea has supported fellow Australian artist Isaiah Firebrace, performed at the MCG for the Alannah & Madeline Foundation and been acknowledged on social media by Jennifer Hudson, Noah Centineo and Mr John Foreman.

Being involved in Eurovision – Australia Decides means everything to me and the reality hasn’t quite sunk in yet!

Being the youngest and most inexperienced in the competition I know I’ll need to really bring my A-game to the stage.

It’s unreal that I’ve got this opportunity to perform on the same stage as all of these high-profile Australian artists – artists I admire and aspire to be like. I feel truly honoured.

ESCToday is growing and always looks for new members to join our team! Feel free to drop us a line if you're interested! Use the Contact Us page or send us an email at [email protected]com!