This weekend will see a whole host of selection shows take place this weekend across Europe; including two finals, three semi-finals and a number of other shows as we hit the first Super Weekend of the Eurovision Song Contest 2014 selection season.

If you’re struggling to decide what to watch as well as when and where you can watch it, we’ve put together a handy guide to make your choice a little simpler.

A panel of music experts, including Moldova’s representative at the 2009 Eurovision Song Contest, Nelly Ciobanu, originally shortlisted 40 songs that will perform at the live audition this weekend, however due to a ‘technical error’, 62 songs will be performed across the two casting shows
The 62 songs will be performed in front of a selection committee, who will select 24 entries to compete in the semi-finals.
How to watch: TRM webcast

Eight contestants battle it out in the final of UMK 2014 with the winner earning toe right to represent Finland at the Eurovision Song Contest. The result will be decided by a combination of a public and jury vote.
How to watch: Eurovision.tv webcast
YLE webcast (Includes the pre-show, UMKPlus, which starts at 19:30 CET)

The 12 remaining songs will be divided amongst the final five contestants. After a public and jury vote, only four acts and 12 songs will make it through to show nine.
How to watch: LRT 1 webcast

The first heat of this years Melodifestivalen gets underway with entries from the Eurovision Song Contest 2005 winner Helena Papariziou, and the runner-up of Melodifestivalen 2013, YOHIO.
Eight acts will be competing for two places directly in the final whilst the third and fourth place songs will go to the second chance round on 01 March.
How to watch: SVT webcast

Six songs, representing three different Swiss broadcasters, will compete in the final as Swizterland picks their entry for the Eurovision Song Contest 2014.
The six acts will perform their potential Eurovision entry as well as a cover version of another song of their choice.
A combination of a public and jury vote will determine who flies the Swiss flag at Eurovision in May.
How to watch: SRF webcast

The second of three heats takes place in Hungary this weekend as ten more contestants perform their entries.
A total of six songs will qualify to the semi-final stage: the jury will score each song with the top three being guaranteed a place in the next round. The remaining seven songs will then face an SMS vote with the top three progressing.
How to watch: MTV’s A Dal webcast

In the first of two shows from Latvia this weekend, 12 of the 24 competing acts will perform in the first semi-final of Dziesma 2014.
A split jury/public vote will decide which six songs make it through to the final on 22 February.
How to watch: LTV webcast

Five artists will present their entries with only the top three winning a place in the final. The result will be decided by a public vote alone.
How to watch: RUV webcast

Originally recorded at the beginning of December, the first casting show in Belgium will finally air this weekend.  The show will see 15 contestants perform a cover version of a Eurovision entry of their choice.
30 acts in total performed in the casting shows and eight will be chosen to go straight to the semi-final, and another eight selected to perform again at a call back round.
How to watch: EEN webcast

The remaining 12 acts in the Latvian selection will take to the stage trying to win one of the final six slots in the final. As with the first semi-final, the result will be determined by a combined jury and public vote.
How to watch: LTV webcast 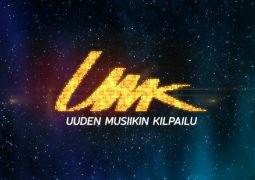 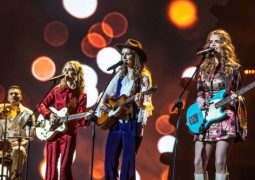