Young Netta Barzilai from Israel is currently making a smash with her quirky yet evocative Eurovision 2018 entry Toy, co-written by Doron Medalie.

Netta Barzilai brings a creative and fierce entry to the Eurovision stage: Toy, a song which may seem airy yet addresses serious social issues including female sovereignty and equality. With lyrics such as Ani lo buba (“I am not a puppet”), Netta’s Toy perfectly fits within the Eurovision tradition of songs such as Poupée de cire, poupée de son by France Gall (1965) and Puppet on a string by Sandie Shaw (1967), which also compare women to puppets – with the difference that in 2018 Netta cuts the puppet’s strings, as she nor any woman are meant to be objectified.

Both France Gall and Sandie Shaw went on to win Eurovision with their puppet-inspired songs. May Toy also have winning qualities? Let’s take a closer look at Toy‘s co-author Doron Medalie and the entry’s background. 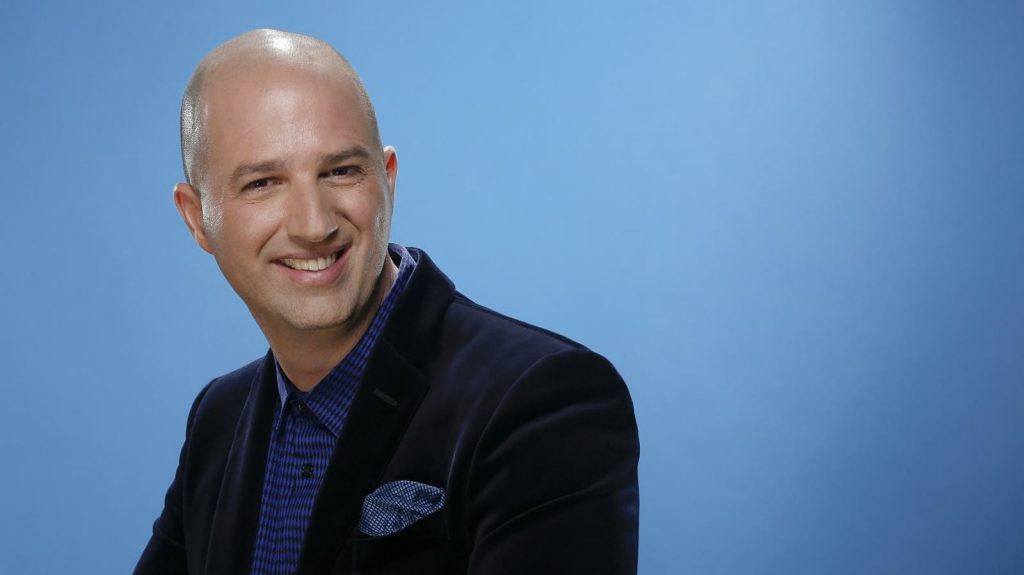 The “puppeteer” behind Toy is Doron Medalie (Ramat Hasharon, 1977), acclaimed composer, lyricist and artistic director, who wrote the song together with Stav Beger. Doron Medalie is no stranger to Eurovision, as he was responsible for Golden boy by Nadav Guedj (Eurovision 2015) and Made of stars by Hovi Star (Eurovision 2016), and he has also worked with Eurovision-stars such as Harel Skaat and Lior Narkis.

Doron Medalie immediately knew he wanted to create a unique song for Netta, influenced by A-pop – Asian pop music that inspires both him and Netta:

I’m known as the Minister of Happiness. This song needed to make everyone dance, with a happy beat that was reminiscent of A-Pop.

Yet the song also had to have a serious note, beyond the quirkiness:

That’s a bingo for me. And when Netta looks and behaves the way she does, so it turns toy into ‘I’m not your toy, don’t play with me.’ Let’s use toys to say something different about the #MeToo movement.

Of (wo)men and meaning

Doron Medalie and Stav Beger are very aware that, although the song is created by two men, Toy should focus on Netta and women’s independance. They included references to mainstream popular culture in the lyrics, such as Barbie and Pikachu the Pokémon, and of course the iconic Wonder Woman – a female heroine who is currently brought to life by fierce Israeli actress Gal Gadot.

Of course, we are in love with Gal Gadot, and I watched Linda Carter as Wonder Woman. This was the only thing on TV! It closes many circles from my childhood.

Thus, beneath the surface, Toy tackles quite a serious subject. For Doron Medalie that is the strength of every good song, even the most light-hearted one:

Every song has to have layers, mounds of layers in every single word.

Netta’s unique style and voice perfectly fit Toy. The young singer was a clear contender for the victory of The Next Star 2018, as Doran Medalie states:

When I saw Netta in her first audition, I knew she should win. She was very special and unique, and I couldn’t take my eyes off that girl. I’m a star hunter, that’s what I do and every few years comes someone special.

Chicks, chickens and some Mandarin

One of the catchy elements in Toy is a vocal sound that resembles the clucking of a chicken. Netta added the sound, which is not merely a comic relief. In line with the song, girls are not simply “chicks” without inner substance, and some boys may act like cowardly “chickens” when it comes to women’s equality. To boot, the sound “bucka- buckbuckbuck” refers to the word bucka in Mandarin, which means a type of fool – again fitting Netta’s interest in Asian pop music.

Besides an occasional phrase in Hebrew and the reference to Mandarin bucka, Toy is mostly sung in English. Doron Medalie explaines:

Doron Medalie is steadily becoming Israel’s “Mister Eurovision”, a contest that is part of his DNA, as he says:

This has been my playground for the last decade. But it’s never happened that the song gets released and everyone says it’ll be the winner. Usually you have two, three, four or five countries that represent real competition for the betting.

Many people like to be embarrassed about what they grew up with. I’m not. As a child, it was fascinating for me to find out about these other cultures; it was before Google and the internet. I only knew about Iceland from Eurovision.

It’s a competition that changed my life for real, not only for the music. Eurovision is in my heart. I can take it and make it relevant again, and no one will call it pathetic because I’ve been making hits for years.

Netta and her team are working on her stage performance in Lisbon. Doron Medalie says that a thorough preparation is paramount for Eurovision, the biggest live music show in the world:

This is the longest process that you invest in for a three-minute song. 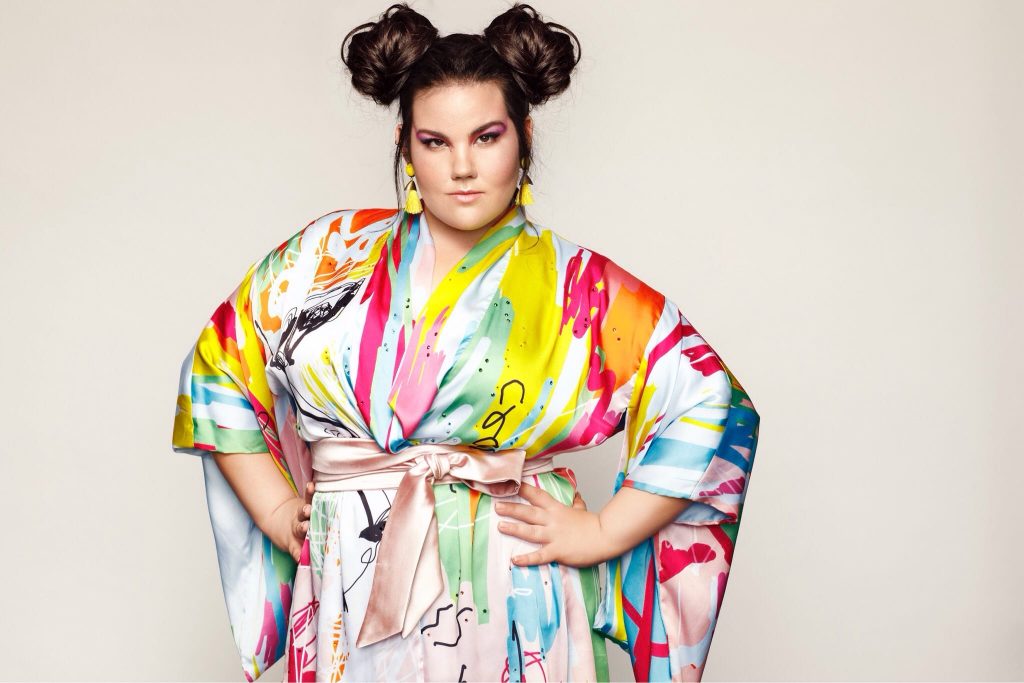 Netta’s family moved to Nigeria when she was at a young age, and lived in the African country for four years before returning to Israel. She was an artistic child, yet also recalls being bullied for not fitting in. Netta found courage and strength in her music, finally getting recognition for her unique style.

Her mainstream breakthrough happened when she won the fifth season of the talent show HaKokhav HaBa L’Eurovizion (The Next Star For Eurovision), Israel’s selection for Eurovision 2018, on 13 February 2018.

Netta Barzilai will perform Toy in the first half of Semi-Final 1 on Tuesday 8 May 2018.