In a short statement, released on Thursday, the EBU communicates their decision to apply large fines to Ukrainian broadcaster UA:PBC, due to delays in the organization of the 2017 Eurovision Song Contest, as well as the lack of cooperation with the EBU in regards to the Russian entry, Julia Samoilova, Reuters reports.

EBU’s statement mentions: As a result of this, attention was drawn away from the competition and the brand reputation of the Eurovision Song Contest was endangered, and continues Therefore the contest’s steering committee … has recommended that UA:PBC (Ukraine’s state broadcaster) should receive a substantial fine, in line with the rules of the competition, without declaring the actual price of the fee.

Zurab Alasania, the Director General of UA:PBC, commented on his personal Facebook account the decision, as being unpleasant news continuing It looks like we are still waiting sanction for not ensuring the participation of the Russian singer Julia Samoilova.

“Formally, it wasn’t us who made the decision not to allow her (the Russian participant Julia Samoilova), but I don’t think that the SBU or the government will want to take part in this”, UA:PBC Director commented to Reuters.

Mr Alasania revealed that the fine was 200.000€ and that the broadcaster will appeal the EBU’s decision.

The other side of the story, finds Russia with no sanctions for the broadcaster Channel 1, which withdrew from the competition with early notice. Although, Channel 1 suggested that Julia will represent the country next year, the Russian broadcaster which will participate in Portugal 2018 Eurovision Song Contest, will be RTR and their decision is yet unknown. 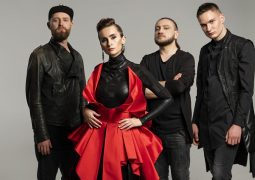 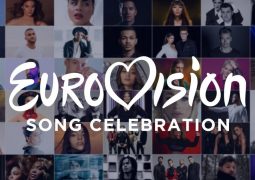