Moving on to day 2 of the ESCToday Daily Press Poll 2017 in which a further 9 entrants took to the Kyiv stage for their first rehearsal for this year’s Eurovision Song Contest. Members of the press have once again voted for their top rehearsals of the day, but let’s see who reached the top place!

Once again, a total of 35 members of the press who each viewed all of the 9 rehearsals from today have voted for and rated their top rehearsals of day 2.

Members of the viewing press representatives ranked today’s rehearsals based purely on the performances they saw today, each giving their favourite performance 5 points, their second place 3 points and their third place 1 point.

This evening, ESCToday went live on Facebook to officially present the full results of day 2 of Eurovision rehearsals and to also provide an insight into today’s performances as well as offering predictions.

You can catch up on today’s Daily Press Poll 2017 here!

Hello Europe! This is Kyiv Calling! Let's discuss together the second day of rehearsals.Which country was your favourite?

The full results from today’s poll were as follows: 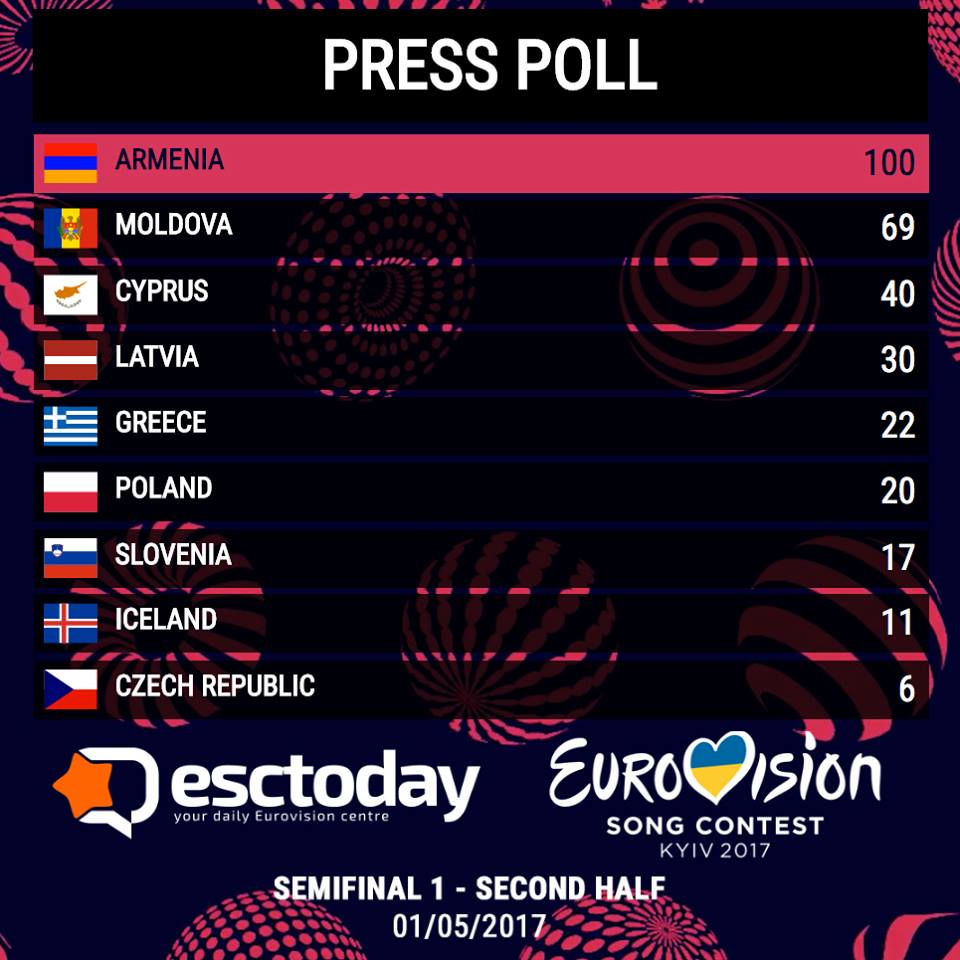 Today’s poll hit its first 3-figure set of points for the first time this year, with Armenia ranking the highest with a huge total of 100 points! Perhaps surprisingly, Moldova ranked in second place with 69 points based on today’s rehearsal, whilst Cyprus placed in third with 40 points.

Check out each of today’s rehearsals and updates:

Join us tomorrow once again at 18:45 CEST as we bring you the results of day 3 of the Daily Press Pol 2017, in which rehearsals from the second semi-final will begin!