Even if the organisers of the 2013 Eurovision Song Contest in Malmö have been repeatedly saying how they want to go back to making a good television show above all, few could have expected what a bombshell today’s announcement of a rule change would be amongst the fans of the contest. The running order will no longer be decided by drawing of lots, but the producers will decide what they think will make for the best television show, by separating similar songs from each other. But many fans fear the integrity and fairness of the contest element for the oldest televised entertainment show will be lost.

This has created a heated reaction within the community; Eurovision fans do feel some aspects of the contest are and should be sacrosanct. Indeed, the running order has always been decided by lots during the contest history of 56 years. Similarly, it has been claimed that the tradition of countries only giving marks to their top ten songs, with the iconic douze points (in place since 1975) cannot be changed, even if in the era of televoting all songs do receive votes and they could easily all be tallied up to the final result. The fan community is at heart conservative, and changes to the contest are not usually accepted easily. It could be argued that one of the attractions of the contest is, that some aspects of it remain the same from year to year in a world, where everything else is changing constantly.

There are however also those in support of the change. Keith Mills, who runs the Irish Eurovision blog All kinds of everything is happy with the decision. This is actually something I have been advocating for years to happen, he says. It is good as it stops “bunching” of certain types of song. You can get a run of ballads or uptempo/choreographed song going back to back and killing each other off, Mr. Mills says. Some other commentators also have expressed that the fan community may be overreacting to an issue, that has little relevance for the greater audience on the night. What the audiences at home want, is an entertaining show, it is claimed.

The running order of the Swedish Melodifestivalen has for years been decided by the production team, to make for best variety of entertainment. This has however lead to the fan community seeing bias and unfairness in the order of performance, and it has been claimed the organisers’ favourites to win will always get certain start positions. It has now been already feared by many fans, that the organisers of Eurovision Song Contest now can through the running order manipulate the outcome of the voting. The Swedish organisers do say on the official SVT Eurovision website that this change was initiated by the Swedish host broadcaster for 2013. When you are writing a book, you will want to decide the order of the chapters, Executive Producer Martin Österdahl is saying to melodifestivalen.se.  In every music programme it is the producers, who decide the running order. Eurovision has been the only exception to that rule, he concludes.

The Eurovision Event Supervisor Sietse Bakker is addressing the critics on his public Facebook post: The response to the announcement that the running order of the Eurovision Song Contest will be determined by the producers is rather surprising. We have applied the same principle at the Junior Eurovision Song Contest for ten (!) years and it worked out fine. It made better television and there was never the slightest doubt about the integrity of the producers, he says. Did anyone consider that by giving each country a spot around different songs means everyone has the chance to stand out, and that we’ll actually get a better flow in the show? If the Reference Group and the Television Committee approve this decision, it might actually make sense.

This rule change has been approved by the Eurovision Song Contest Reference group:

In addition to the now decided rule, it has been decided that to allow better ticket allocation for the two semi-finals, the two closest neighbours to Sweden have been allocated separate semi-finals. The other countries will still be placed in the two semi-finals based on statistics of voting patterns in previous years, but the order will no longer be a random decision. The Reference Group and the EBU TV committee will also have to approve the proposed running order.

The fan community is reacting, and mostly negatively, on websites and blogs, here and here in German, and there are already online petitions demanding that EBU reverse the decision, as it is feared by many that the contest element of the show will be compromised. On the Esctoday.com Facebook page the reactions are for the majority negative, while some do trust the end result will justify the controversial decision:

Neil Hood: It’s all fixed anyway so let them get on with it

Ian Howell: The only fair way is to have a draw. I can’t imagine any country being happy about being designated to perform second.

Lloyd Bingham: What a good idea. I’ve always wanted Eurovision to be more corrupt and fake like X Factor.

Paul Leech: Based upon the fact that the draw clearly affects the chances of winning, the producers run a huge risk of changing this from a contest into a TV concert. Very foolish idea I think

Matthew James Blakemore: I trust in SVT they are awesome, they’ll get it right

Alexander James Curry:  I’m a bit unsure, but it would be good to break up the ballads and up tempo songs from being lumped together. Think Estonia 2011 suffered from being in a very ‘poppy’ group of about 5. Think it would have done better next to a ballad! 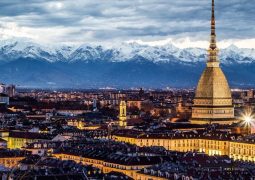 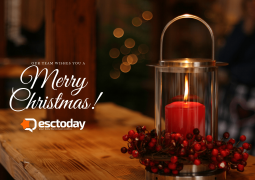 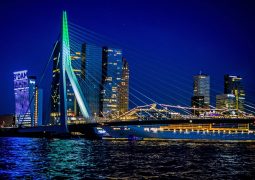