Paradise Oskar, the stage name of the 2011 Eurovision Song Contest Finnish representative, will no longer be used. The singer explained in a Finnish TV show that he will use his birth name, Axel Ehnström from now on in his career.

Ehnström participated for Finland as Paradise Oskar in 2011 with his song Da da dam. He managed to qualify for the final, where he reached the 21st place, out of 25 contesting countries. After Eurovision, the singer released his debut album, called Sunday songs. Since then, it has been a little quiet around the 23-years-old singer.

In the Finnish TV show Bettina, aired on the YLE Fem-channel, Ehnström explained that nowadays, he is more focused on composing songs, instead of performing them. He therefore chose to use his birth name for future music releases. He also told that it was never his plan to keep using Paradise Oskar as his stage name. Ehnström composed a few tracks on the album of Finnish pop star Isac Elliot, released earlier this year. It is not clear yet, if Ehnström will release any of his own music himself in the near future.

Stay tuned at esctoday.com for all the latest news about past participants, Finland and the Eurovision Song Contest.

What do you think about this name change? Have your say below! 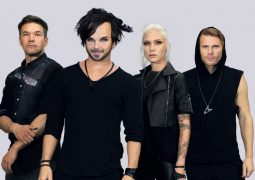