For some it is the diaspora vote, for others it is bloc voting, for some others it is the running order or corrupt juries or all of the above but, according to the Serbian press, the representative of F.Y.R. Macedonia blames the “gay lobby behind the contest” for her failure to qualify to the Grand Eurovision Song Contest Final.

According to Serbian newspaper Kurir, Esma Redžepova, 70, who together with Vlatko Lozanoski represented F.Y.R Macedonia in the 2013 Eurovision Song Contest, stated her disappointment for the second last place they achieved in the 2nd semi-final and blamed the gay lobby for it as well as for the “state the once beloved contest has come to”.

This is an outrage! stated Esma to Kurir.rs. Only faggots! This event has been taken over by those who run gay pride parades all over the world. I had heard it all before but that was the first time I saw with my own eyes what’s become of this wonderful music competition. No wonder we did not qualify as it is clear who goes there.

According to the same source, the Nobel Prize nominee Esma claims that her partner on stage, Vlatko Lozanoski “was not even allowed to leave the hotel, let alone go to the Euroclub”, for fear of being inappropriately touched.

Following the article in Kurir which had a massive impact in all media in F.Y.R. Macedonia and other Balkan countries, the local LGBT community in Skopje reacted by hanging a banner outside Esma  Redžepova’s home which said

Esma, we exist and we will exist
Signed: The faggots

Xhabir Memedi Deralla, President of CIVIL Center for Freedom, the Human Rights NGO, also reacted to the statements allegedly by Esma giving a political explanation since Esma has been in politics serving in various positions over the years.  You can read the full article here.

Today, Esma is reported to have denied ever saying any of the things alleged by Kurir. It was again first reported in English by Wiwibloggs.com.

It’s a fabrication, I never said such a thing. Anyone who is an adult has the right to lead the kind of life he wants. I love all gays and they love me. I have never offended nor  said anything bad against them. I have no prejudices, everyone is entitled to their own determination – Esma said to the press

When asked if she agrees with the banner outside her house, the singer said she never saw it: 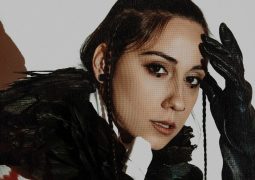 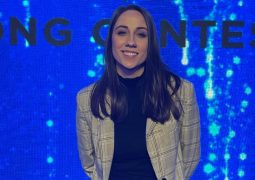 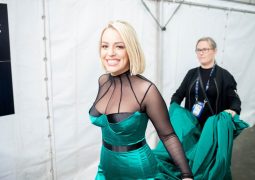 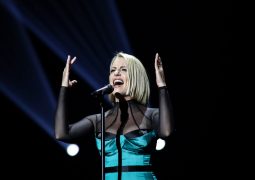