The 2022 Belgian Eurovision entry ‘Miss You’ has been premiered this morning!

The song was premiered on Radio Vivacite and the official music video was released on RTBF 1 simultaneously.

Jeremie was a special guest on both Radio Vivacite and La Une where he officially presented the 2022 Belgian Eurovision entry along with its official videoclip.

Jeremie Makiese was selected via an internal selection to defend the Belgian colours at the 2022 Eurovision Song Contest in Turin. 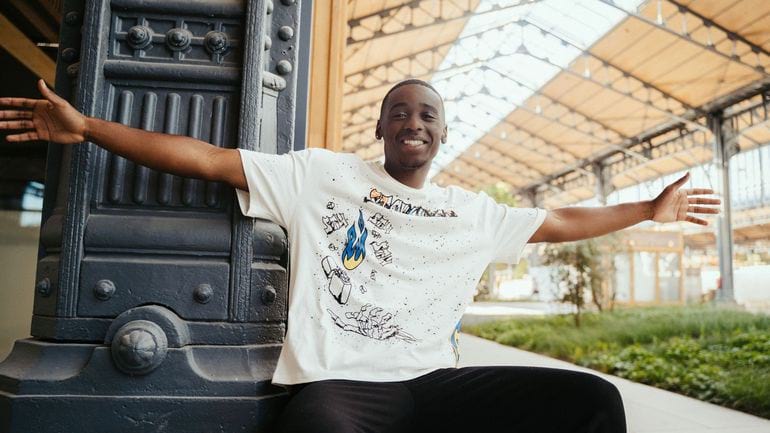 The 2022 Belgian Eurovision hopeful was born in Antwerp into a family of musicians, Jérémie grew up alongside his three brothers and his sister. Now living in Uccle, Jérémie is perfectly bilingual French-Dutch. A few months ago, the young singer was still a student in Geology when he won season 9 of The Voice Belgium and signed a contract with Universal Music . Following his victory, he decided to put his studies on hold in order to live from music and football, his two passions.

Belgium is one of the founding members of the Eurovision Song Contest having debuted in 1956. The country has won the competition once in 1986 with Sandra Kim.

In 2021 Hooverpohic represented Belgium at the 2021 Eurovision Song Contest with their entry ‘ The Wrong Place‘.