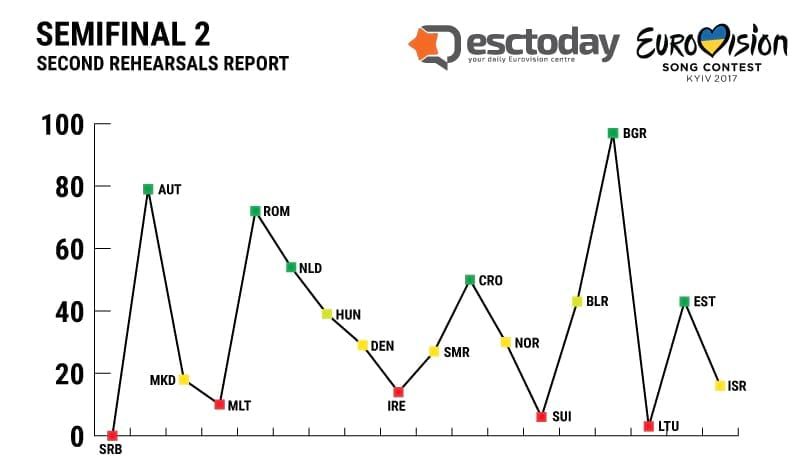 The only differences spotted are that Hungary and Belarus might be a bit weaker than their fellow Direct Qualifiers (coloured in green) and so are introduced into the new category Highly likely qualifiers (H) as the Swinging qualifiers (in yellow) might overtake them during the upcoming rehearsals and the live show.

Notice that in a range of eight songs (7-Hungary to 14-Belarus) the highest peak belongs to Croatia and that’s why it should qualify to the final without problems.

Current prediction after the second semifinal changes slightly, as we have less direct qualifiers now:

The big five are set to have their second run of rehearsals tomorrow and from Sunday on it is all about full dress rehearsals and live shows.