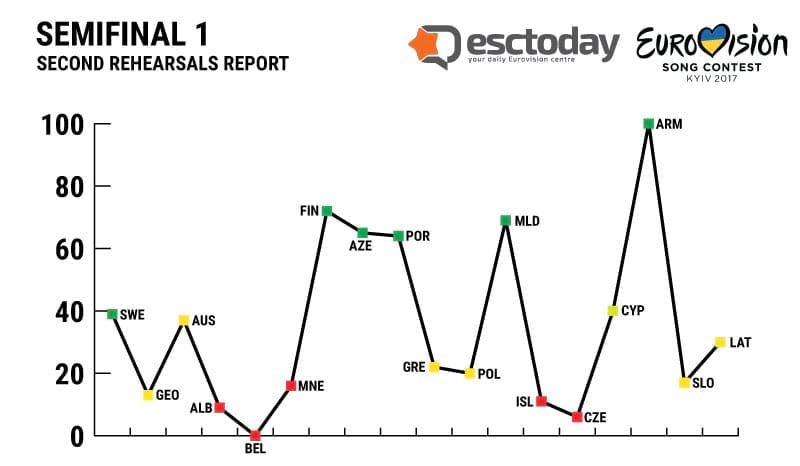 Current prediction after the second semifinal changes slightly, as we have more potential qualifiers now: