The first set of tickets for the 2013 Eurovision Song Contest in Malmö will be released already on the coming Monday 26 November, the host broadcaster SVT revealed today. The cheapest tickets to one of the nine shows will cost 90 SEK (about 10 Euro) up to 1950 SEK (ca 226 Euro).

There will be tickets for two rehearsals for each of the two semi-finals and the final, as well as the actual live shows. A first stage of tickets sale will start on Monday morning at 10.00 CET. More tickets will be released for sale when it becomes clear how much room is needed for the cameras and other technical arrangements in the hall. It has already been decided by drawing of lots, that Denmark will be in the first semi-final and Norway in the second semi-final. Sweden, as the organising nation is only performing in the final, just like the so called Big 5 countries.

The tickets will be sold via Ticnet.se, the Swedish arm of international Ticketmaster. Information on the tickets page of eurovision.tv here.

As reported before, members of the Eurovision fan clubs will have their places allocated as a standing room only area on the floor of the arena, to maximise the capacity of fans in the venue. The organisers also say the fans are an important part of the show with their enthusiasm and engagement, so they will made into a bigger part of the show. The Eurovision fan club members will have a week pre-sale for the tickets on the floor area, and will be offered packages with tickets to six shows for 2975 SEK (around 345 Euros). Members of these clubs will be informed how to buy these ticket packages from Monday 26 November. A special fan zone with seats has also been added to the fan area now, and the seats in that area will be administrated by OGAE international. After one week the unsold fan area tickets will be sold to the general public after 3 December 2012. 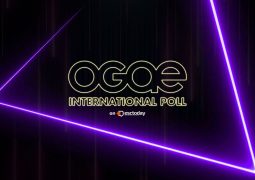