Today marks the fifth anniversary after the tragic death of Tose Proeski in a car crash.  Just couple of hours after his car accident 16 October 2007, the news were spreading very fast,  but when local medias were officially confirmed the tragedy people knew it was serious.  His life ended at the age of only 26. Later on that day, 16 October, his government gave Tose Proeski the title Honorable citizen of Macedonia.

Tose Proeski (25 January 1981 – 16 October 2007) was an actor, singer and songwriter from FYR Macedonia. He was very popular in Balkan and Eastern European countries, especially in ex-Yugoslavia.

His early talent was discovered when he was 12 while his performance in Skopje. Years after he performed at local music festivals. Tose Proeski won Beovizija in 2003 in Belgrade, with song Cija si and he would probably had thus represented that year Serbia and Montenegro at Eurovision Song Contest, if the country had been allowed to enter as originally expected.  Year after FYR Macedonia chose him to represent his own country with the song Angel si ti (You are an angel) or Life (English version). He finished in Istanbul with 14th position.

Tose Proeski sang duets with Italian tenor Luciano Pavarotti and Gianna Nannini, then with Croatian singer Antonija Sola and Tony Cetinski, Karolina Goceva, Esma Redzepova, Zeljko Joksimovic and many more. He released 10 albums, and the most popular were:  Sinot Bozji (2007), Ako me poglednes vo oci (2002), Igri bez granici (2007), The hardest thing (2009). He perfomed in many concerts all around the Europe with packed concert areas,  was involved in numerous humanitarian actions and charities, and was a great human with strong belief.

The tribute concerts were organized four times until now, and the fifth is planned for January for his birthday. One of the most loveliest moments during tribute concert 2011 was when the audience sang along to You light up my life from the album With love by Tose. His fans were letting white balloons into the sky in honor of Tose’s 30th birthday.

His famous sentence in Macedonian was Ve sakam site – I love you all. 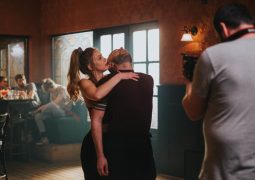 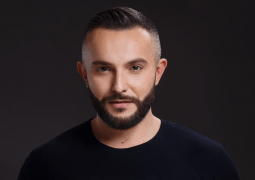