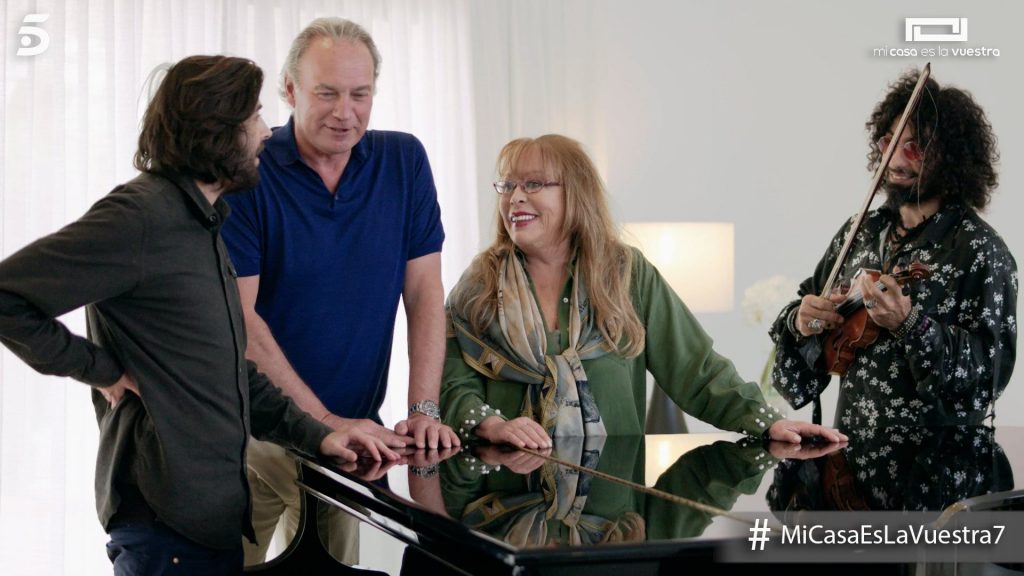 Massiel (Spain 1968) and Salvador Sobral (Portugal 2017) will be visiting Bertin Osborne in his house in Marbella (Malaga) in Mi casa es la vuestra. The two Eurovision winners will be meeting each another for the very first time. They will be interviewed by Bertin Osborne during the show and will be revealing lots of anecdotes and details regarding their respective Eurovision experiences and careers. Massiel and Sobral will be talking all things Eurovision with Bertin!

This is not the first time Massiel visits the show as she was a guest when Pastora Soler (Spain 2012) invited Bertin Osborne along with Remedios Amaya (Spain 1983), Soraya (Spain 2009) and Rosa (Spain 2002) to her house during the last season.

We will see also see Massiel cooking and preparing a meal during the show. Hereafter Sobral, Massiel and Bertin Osborne will be dine and wine in style!

Mi Casa Es La Vuestra will be broadcast on Friday 16 November  at 22:00 CEST on the following channels: