Good evening Europe, this is Kyiv calling! Tonight we’re heading to the majestic Ukrainian capital Kyiv, for the 2018 Ukrainian national final. A total of 6 acts will battle for the right to defend the Ukrainian colours at the forthcoming 2018 Eurovision Song Contest in Lisbon during tonight’s show.

The 2018 Ukrainian national final will be held in Kyiv tonight with a total of 6 acts battling for the golden ticket to Lisbon. The show will be hosted by Serhiy Prytula.

The 2016 Ukrainian Eurovision winner Jamala will be gracing the stage during the show and will perform her brand new song Krila.

The 2018 Ukrainian entry will be determined via a 50/50 special jury-public televoting deliberation. 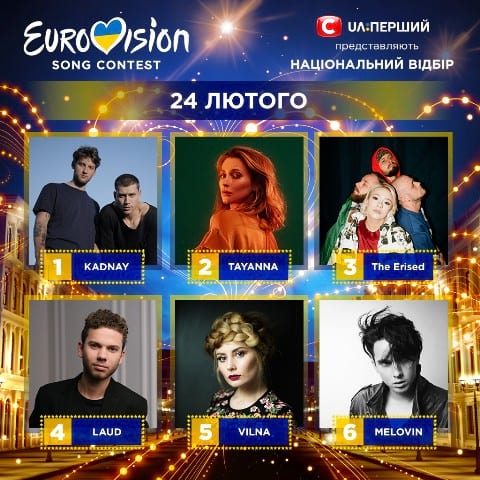 In 2017, O.Torvald represented Ukraine on home soil with their entry Time, achieving a 24th place in the Grand Final.