Duna Media Service Provider Ltd., the Hungarian national broadcaster has released the rules and regulations for the forthcoming 2017 Hungarian Eurovision national selection A Dal 2017, thus opening the submission period for artists and composers wishing to participate to submit their applications.

Duna Media Service Provider Ltd. will  participate at the  2017 Eurovision Song Contest. Both semi-finals and the grand final will be broadcast live from Kyiv on channel Duna.

Duna Media Service Provider Ltd. will select Hungary’s representative at the 62nd Eurovision Song Contest in a series of live shows broadcast on channel Duna, called A DAL 2017. The submissions have to be sent in until 20 November 2016.

The contestants representing Hungary at the Eurovision Song Contest 2017 participate on behalf of Duna Media Service Provider Ltd. According to the rules of the EBU it is the participating broadcaster’s sole responsibility and competence to select its representing song and performer (composer and performer further also mentioned as “applicant”) for the international competition.

In order to determine the songs that will compete in the televised national semi-finals, a pre-jury will make a pre-selection of the songs sent in until the given deadline in full compliance with the present rules.

The songs which are ranked best according to the combined results of the on-screen jury and the audience will compete in the grand final of A DAL 2017 where the entry that will represent Hungary at the 62nd Eurovision Song Contest 2017 in Kyiv will be revealed.

You can find the A Dal 2017 rules and regulations here. 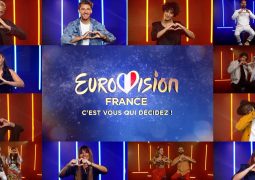