Attenzione! Night Four of #sanremo2016 has just concluded, and we have our 15 finalists! Who will contest tomorrow night’s Grand Final? Read on to find out…

The night of Friday 12 February 2016 saw all twenty of the Campioni (Big Artists) category acts perform at the Italian music spectacular. Voting has been taking place all week, with 40% televote, 30% Jury vote and 30% fan poll vote from tonight’s action added to the 50% public televote/50% press Jury vote from nights one and two of the Festival.

The 15 finalists of the Sanremo Music Festival 2016, who will take to the famous Teatro Ariston stage tomorrow, are:

The winner of the Sanremo Music Festival 2016 will have the option to represent Italy at the 2016 Eurovision Song Contest, which takes place at the Globen Arena in Stockholm, Sweden on 10, 12 and 14 May. As a “Big Five” country, Italy receives automatic qualification to the Grand Final on Saturday 14 May.

Night 4 of #sanremo2016 also saw the crowning of the winner of the Nuove Proposte (Newcomers) category, with Francesco Gabbani emerging as the victor following performances from all four finalists.

A live webcast of tonight’s show was available via the RAI website.

An RAI production, the Sanremo Music Festival 2016 commenced on Tuesday 9 February. Held annually in the coastal city of Sanremo, the Festival has been active since 1951, enjoying tremendous popularity in Italy. Last year’s Festival was won by the poperatic trio Il Volo, who took their soaring entry Grande amore to third place at the Grand Final of the Eurovision Song Contest of 2015, winning the televote on the night.

Who will win #sanremo2016 ? Do not miss un momento of the action with us at esctoday.com! And do NOT miss the official Sanremo Music Festival 2016 website at sanremo.rai.it. 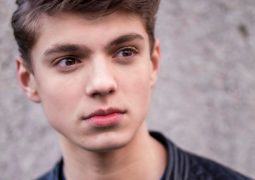