Martynas Kavaliauskas has left Eurovizjos 2014, Lithuania’s national selection process for the Eurovision Song Contest, after an investigation found that the public vote was manipulated in his favour.

During show nine on 8 February, the Lithuanian national broadcaster, LRT, announced that the result of the show would be delayed until today (10 February) after suspicions were raised of the fairness of the public vote.

The initial vote saw Martynas in second place with 1332 votes, but 677 of those votes were found to be ‘irregular’. The real outcome, which can be seen below, had Martynas last by some distance.

Mia, Vilija, Vaidas and Monika all progress to show ten where the final four will each perform two of the remaining eight songs. One more act will be eliminated along with two more songs. 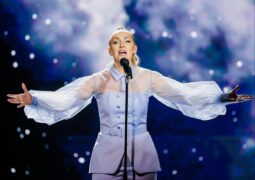