A new book has been released recently, taking a look at the very beginning of the Eurovision Song Contest, especially from the point of view of the United Kingdom and the BBC. Gordon Roxburgh has done some extensive research into the existing archive material for his book Songs for Europe – The United Kingdom at the Eurovision Song Contest. The first volume covers the 1950s and 60s, when the contest was created and developed into the event as we recognise it now.

We all know that the Eurovision Song Contest has its origins in the Italian San Remo festival. What this new book reveals is how the BBC would come to develop its own version based on that contest at the same time as the European Broadcasting Union EBU was planning theirs. The first plans for the Festival of British Songs were laid in 1954 and it was later decided to run the festival consisting of seven programs throughout 1956. The Eurovision Song Contest was decided upon a week later, and it seems that it was never the plan that BBC would take part in the first edition.

It is interesting to find out, that a model similar to the one used today by for example the Swedish Melodifestivalen with several heats leading to a grand final was used for this BBC festival in the early years. It also seems that the BBC festival is where ideas about regional juries and an onscreen scoreboard were born. A recording from the BBC festival was studied by EBU and the scoreboard was also added to the Eurovision Song Contest in 1957, when the BBC also decided to take part and use their festival as the selection for their entry. For some reason the BBC did not take part again in 1958, but returned in 1959.

The book describes the British selection shows, the songs, composers and artists taking part in great detail. And as almost none of the programmes exist in any archives until the late 60s, this is probably the first time we get an idea of how the shows will have been in the day, based on the paperwork studied for the book. It is not an academic study, and has no footnotes or an index, but more lists the information known, even down to minute details of when rehearsals were held for each show. The interviews with people involved are usually placed in the appropriate place, where the person interviewed was involved in the process, as the book follows a strict chronological structure.

The book also sheds new light on the actual Eurovision Song Contests from the period, again based on the paperwork found in the BBC archives. As the BBC also hosted the contest three times during the period covered here, some of the information is unique and for the first time we get to see how the song contest was arranged in the early days, when the rehearsals were held and so on. Also, we can put to rest the long held fan myth, that the 1963 contest songs would not have been performed live: from the personal interviews conducted for the book we find out that the live sound from the artists was captured on hand-held boom microphones, and that is why the microphones are never visible on the screen.

Also an interesting read is also how after the first decade issues like eliminating bloc voting, semi-finals and 50/50 juries were considered for the Eurovision Song Contest already in the early days in 1965. The decisions that the songs had to be in a national language of the country was adopted then as well as that the songs must not be publicly available until some weeks before the contest. Also it was decided that half of the jurors had to be music industry experts.

All in all the book is essential reading for any fan of the Eurovision Song Contest, and a source of great amount of previously unavailable detail for the collectors and those interested in songs with an Eurovision connection. Also interesting is how the BBC was very enthusiastic operator in the first 15 years and built up a great domestic viewing audience for the song contest. Maybe the book should be essential reading also for those involved in organising the contest and the national finals today, as well as the music industry people to get a feeling from a period when all parties still took the contest very seriously.

Gordon Roxburgh: Songs for Europe, Volume one: The 1950s and 1960s. 496 pages. The book is available through the publishers Telos and other booksellers. RRP £16.99 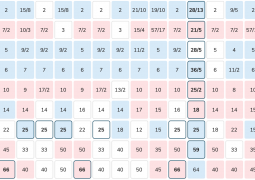 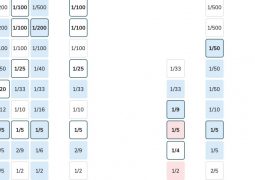 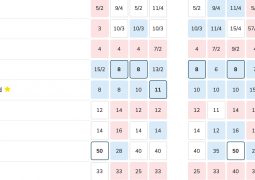