The date for the 2023 Eurovision Song Contest Semi- Final Allocation Draw and Host City Insignia Handover Ceremony has been set. 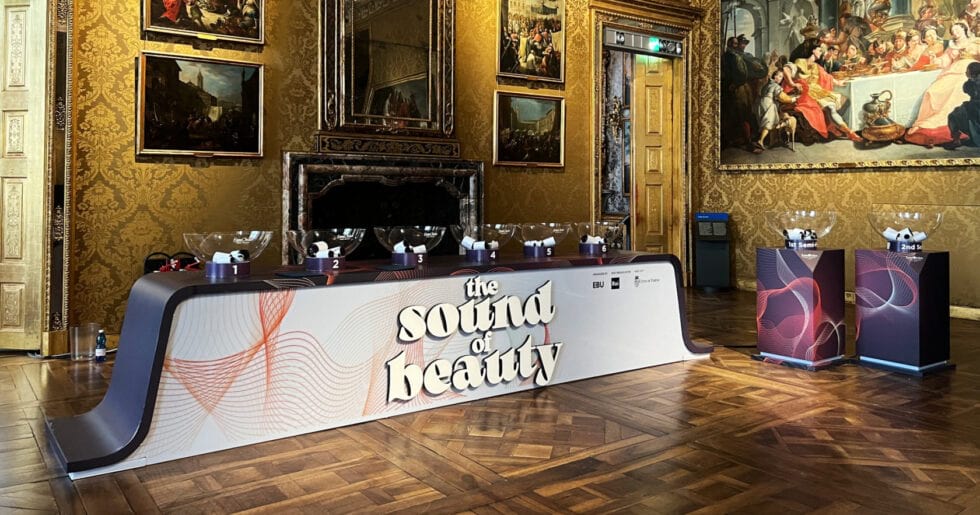 Save the date: Tuesday 31 2023! 31 countries will be distributed in different pots and  allocated in one of the two semi-finals during the 2023 Eurovision Semi-final Allocation Draw.

The 2023 Eurovision Semi-final Allocation Draw is scheduled to take place on Tuesday 31 January at St. George’s Hall in Liverpool and will be hosted by AJ Odudu and Rylan. The event will be broadcast live at 20:00 CET on BBC Two and the official Youtube channel of the Eurovision Song Contest.

From being part of the UK delegation since 2018, Eurovision has become such a big part of my life. I’m so excited to be presenting the handover and allocation draw which symbolises the start of the Eurovision Song Contest 2023; the year in which the United Kingdom hosts Ukraine’s party. It’s going to be an amazing year for Eurovision. I genuinely can’t wait.

It’s so exciting to have the Eurovision Song Contest in the United Kingdom in 2023. New and existing fans are in for an event like no other come May with spectacular live shows on the BBC and a city take over in Liverpool, all with British creativity and Ukrainian culture at its core . I can’t wait to kick things off with the draw later this month.

The Eurovision 2023 slogan and theme art will be unveiled on the same day too.

How many countries will compete in each semi-final?

The 31 semi-finalist countries will be divided into several pots and distributed equally into each of the 2 semi-finals by a draw. The distribution of the countries in the pots will be based on the voting pattern in each country in the past years.

This mechanism is used in order to avoid neighborly voting and countries that tend to vote for each another ending up competing in the same semi-final.

The first draw will determine which country will compete in which semi-final.

The exact running order of the 31 countries competing in the 2 semi-finals on 9 and 11 May will be determined by the producers of the show by late March. The draw will be supervised by EBU’s Executive Supervisor Mr. Martin Osterdahl.

First/second half of Semi-final Allocation Draw

The Big 5 (Italy, France, UK, Spain and Germany) countries  and Ukraine will vote in the semi-finals too. A draw will also determine which country will vote in which semi-final.

The 2023 Eurovision Song Contest will be a co-production by the British national broadcaster BBC and the EBU.