CyBC, the Cypriot national broadcaster, has unveiled the names of the producers behind Andrew Lambrou’s Eurovision entry for Liverpool.

Andrew Lambrou flew all the way from Australia to the majestic Swedish capital, Stockholm, in order to record his Eurovision entry. He has finished recording his Eurovision song and will be heading to Athens and Nicosia in order to meet up with Panik Records and CyBC officials. 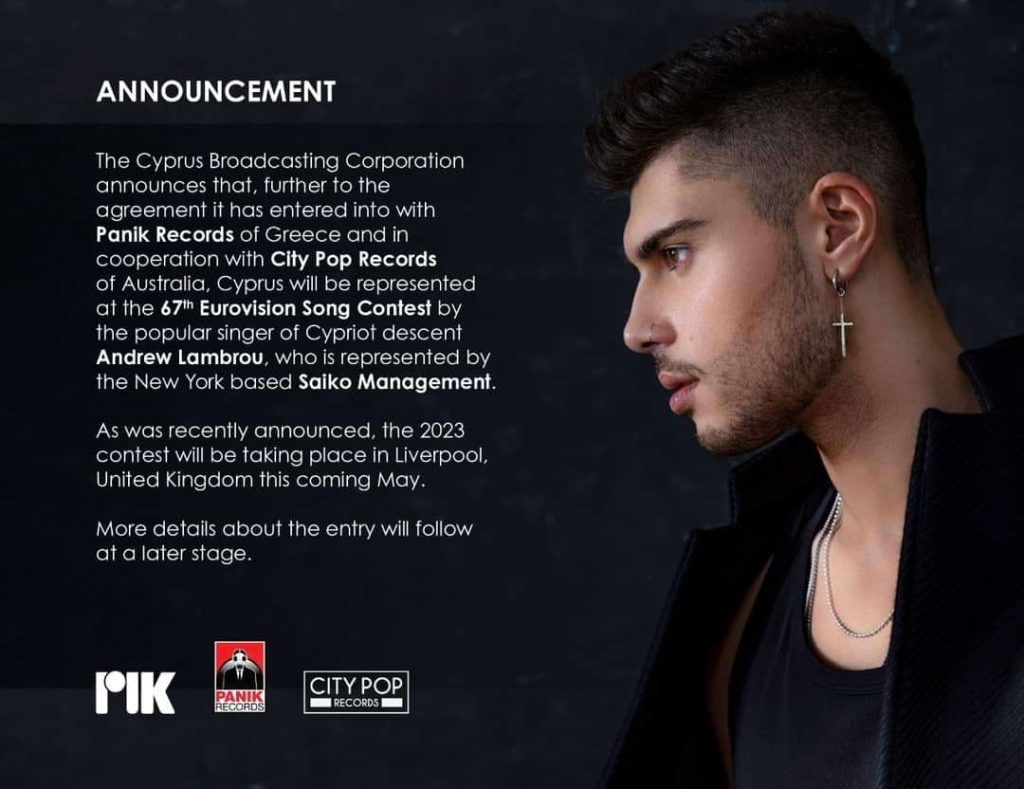 Andrew Lambrou, the multi facetted Australian born of Cypriot origin will have the grand honour of representing Cyprus at the forthcoming 2023 Eurovision Song Contest in Liverpool. Andrew hails from Sydney, Australia and is both a singer and composer. The young Cypriot Aussie lad is all set to do fly the Cypriot flag high at Eurovision next year.

Eurovision fans will be familiar with Andrew Lambrou as he competed at the 2022 Australian national final earlier this year with his entry ‘Electrify‘.

CyBC has once more opted for an internal selection to select its Eurovision entry and act for 2023.  The Cypriot national broadcaster will collaborate with Panik Records Greece and City Records Australia for Eurovision 2023. Andrew Lambrou will be represented by the New York based Saiko Management.

Cyprus debuted at the Eurovision Song Contest in 1981 and is yet to win the event. The country achieved its best results in the contest in 2018 when Eleni Foureira placed 2nd in Lisbon with her mega hit ‘Fuego’. The Mediterranean island has partaken in our beloved competition 38 times