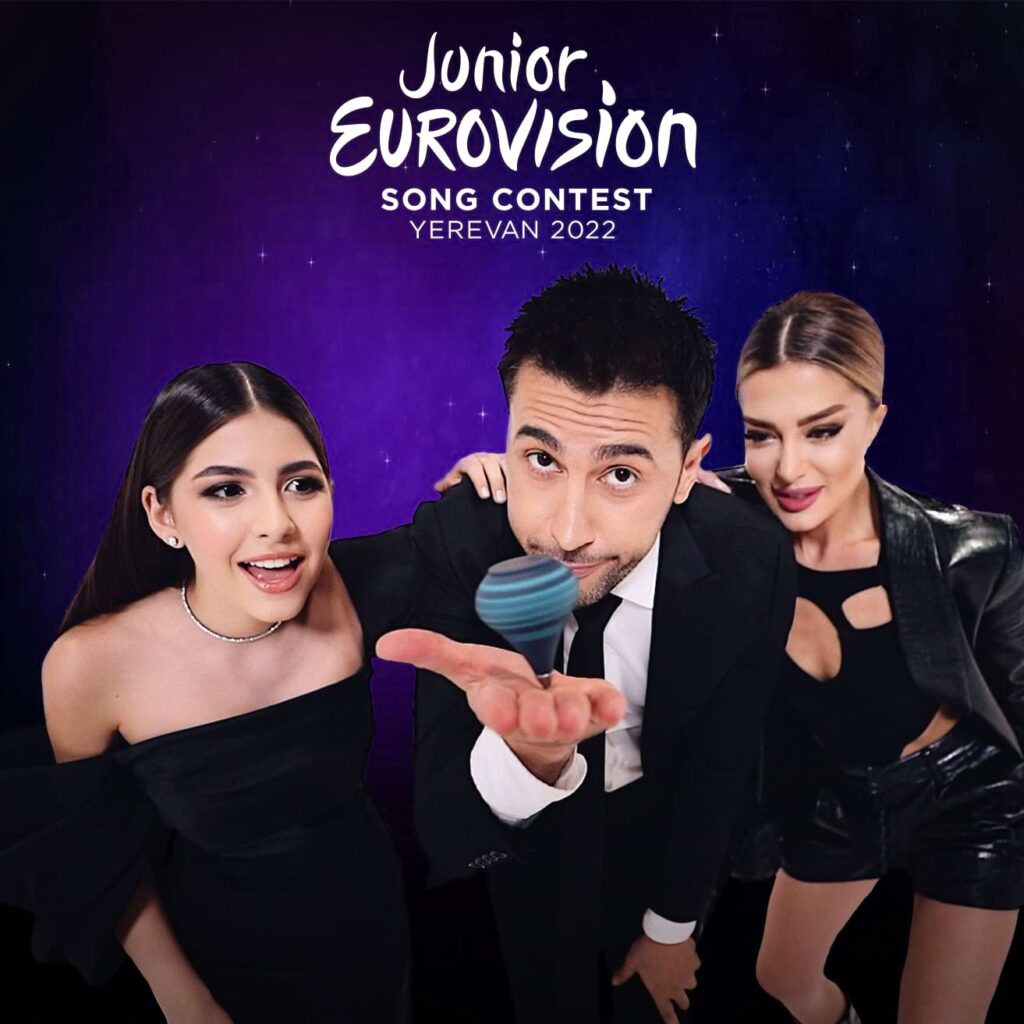 Iveta Mukuchyan (Armenia 2016), Garik Papoyan, and Karina Ignatyan will have the grand honour of hosting the forthcoming edition of Junior Eurovision in Armenia. The 2022 JESC will be held at the Karen Demirchyan Sports and Concerts Complex  in Yerevan, Armenia on Sunday 11 December.

A total of 16 countries are set to partake in the competition this year including the United Kingdom. Armenia will be hosting the competition for the second time in the history of JESC. This year will mark the competition’s 20th anniversary.