EBU and BBC officials visited the finalist cities last week in order to inspect the potential venues and infrastructure in Liverpool  and Glasgow. They are looking into every minute detail when it comes to the logistics and facilities available in each of the two cities along with the tehcnical requirements. According to Ms. McColgan the cost of the mamooth event will be covered by four entities: EBU, BBC, the host city and the British government. Hosting such a massive event entails a lot of logistics and technical requirements.

Liverpool’s cultural element is a plus for the city, as Liverpool has put up a great project which includes a blend of  the city’s cultural melting pot and Ukraine.

Ms. Colgan revealed that BBC and EBU officials are coming back to Liverpool again this week and that the grand decision was yet to be made.

The EBU and the BBC are looking into the bids meticoulsy and taking every single detail into account. Ms. McColgan is confident that Liverpool meets all the requirements set by the EBU and will be able to successfully host the competition if it wins the bid.

The battle of the cities between Glasgow and Liverpool is going to be a tight one, with both the cities working very hard to win the coveted bid.

You can watch Claire MccColgan’s interview regarding Liverpool’s bid below courtesy of The Guide Liverpool: 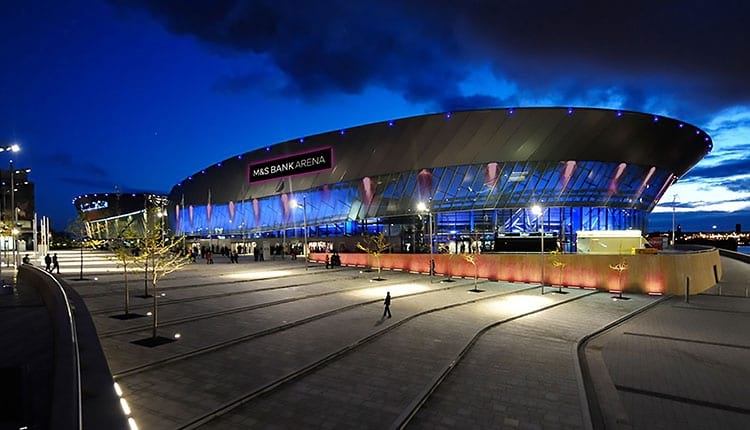 The City of Liverpool is vying to host the 2023 Eurovision Song Contest at the M&S Bank Arena which can accomodate circa 11,000 spectators.

Liverpool is known as the Unesco City of Music and has much to offer when it comes to culture, music, entertainment,  history, and heritage. Liverpool is served by the Liverpool Jonhn Lennon Airport which has many international flight connections.