Ladies and gentlemen, welcome to the United Kingdom! Earlier today the EBU announced that the BBC had shortlisted two cities in the final leg of the 2023 Eurovision Song Contest Host City Bidding race!

Glasgow and Liverpool are in contention to host the forthcoming 2023 Eurovision Song Contest, both cities are vying to welcome the Eurovision bandwagon next year when it lands in the United Kingdom. Both cities are in a two horse race with very strong bids. Which city will belt the coveted right to host the competition next year? 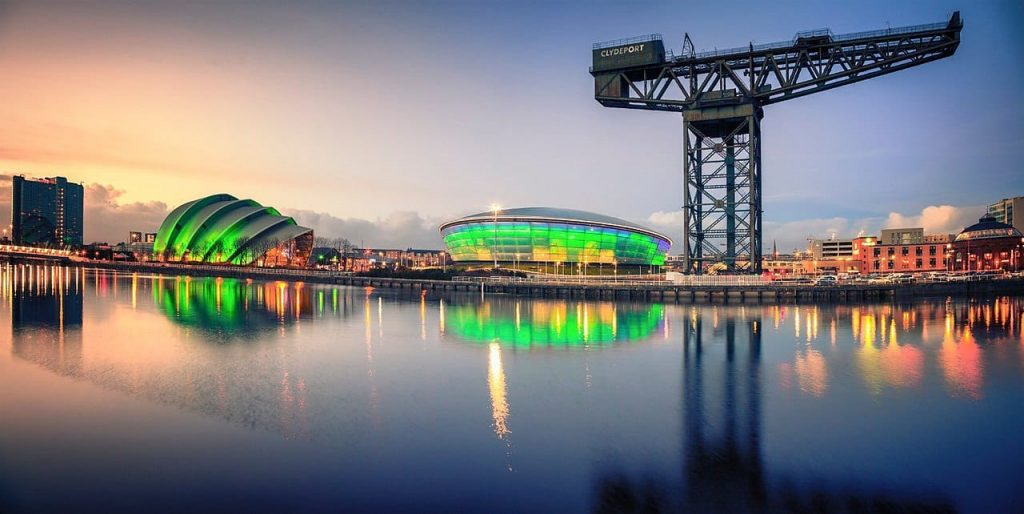 Glasgow is vying to host the competition at the iconic Ovo Hydro.

The Ovo Hydro, the largest entertainment venue in Scotland, has great experience in hosting musical events and concerts. It is adequately located next to the Scottish Exhibition and Conference Centre and SEC Armadillo. Whist BBC Scotland’s headquarter’s are a stone throw’s away from the multi fuctional venue.

The City of Liverpool is vying to host the 2023 Eurovision Song Contest at the M&S Bank Arena which can accomodate circa 11,000 spectators.

Liverpool is known as the Unesco City of Music and has much to offer when it comes to culture, music, entertainment,  history, and heritage. Liverpool is served by the Liverpool Jonhn Lennon Airport which has many international flight connections.

A potential Eurovision city must comply with the EBU’s requirements in order to host the event.Some of the key factors which are required to host the competition include the following criteria:

The  United Kingdom has hosted the Eurovision Song Contest 8 times already. The last time the UK hosted the competition was in 1998. So next year will be the 9th time the country hosts the event.