The EBU and RAI have unveiled the concept behind the 2022 Eurovision postcards.

A special drone named Leo will play a key role in the 2022 Eurovision postcards which will depict the 40 competing acts and various iconic locations and scenic landscapes in Italy.

This year the Eurovision hosts will introduce each act individually prior to their performance very much in the Sanremo style.

This year’s postcards will be a journey to discover the beauty of Italy, throughthe wonders of flight to capture breath-taking views of the Italian landscape.Thanks to the FPV drone shooting technique combined with a stabiliseddrone, as well as CGI and postproduction graphics, the postcards will beportrayed through the curious and fervent eyes of our drone Leo, which willbe called in by the presenters every time a new contestant is on stage.

Its mission will be very thrilling: at first, it will show its surroundings, then theflight will be normalised so that viewers can admire the location. Leo will wander around the location and picturesshowing the participants and their artistic world willappear as if by magic.

Leo will curiously observe such images and itwill then decide when to stop. Eventually,a beam of light will come out of his body,and it will show unreleased videos bythe contestants, who will interact withLeo on camera.At the end, shots of our Leo filminghis flight over the skies of Italy willbe shown, as the live show fromthe Pala Olimpico starts again. 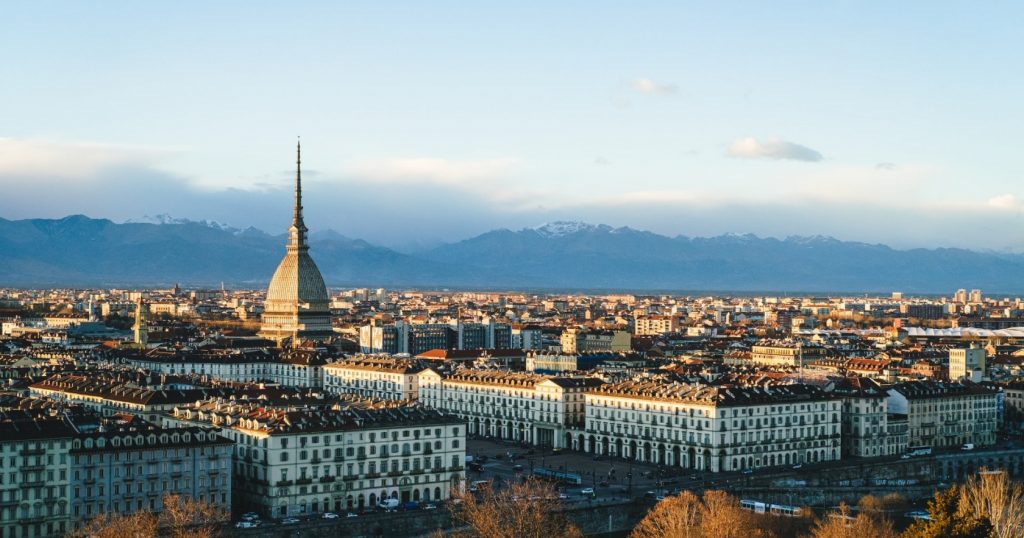 Hosting the Eurovision Song Contest is an extraordinary window for the host city and country to showcase themselves globally. Next week all eyes will be set on Turin and Italy during the 2 Eurovision weeks when  40 delegations will land in the Alpine city along with the whole Eurovision bandwagon.