Hold your horses Europe, the Aussies are all set to hold their third national final today with a total of eleven acts vying to represent OZ at the upcoming Eurovision Song Contest in Turin. Grab some breakast and join us for Eurovision: Australia Decides!

Eurovision fever is hitting our neighbours down under as the Aussies are gearing up for Eurovision 2022. The Australians are working from strength to strength in order to elect their Eurovision candidate for Turin and are proud to hold their second national final today.

The 2022 Australian national final will be held at the Gold Coast Exhibition and Convention Centre on the Gold Coast, Queenslannd and will be co-produced by SBS and Blink TV Australia. The show will be hosted by radio host, presenter and music buff Myf Warhurst, and comedian Joel Creasey.  Eurovision – Australia Decides is set showcase the best of Australian music and bring the nation closer to the Eurovision action.

A total of 11 acts will fight for the golden ticket to Turin during the live televised show.

KEiiNO (Norway 2019) will be special guests during tonight’s show.

The 2022 Australian Eurovision entry will be determined via a jury/public televoting deliberation. 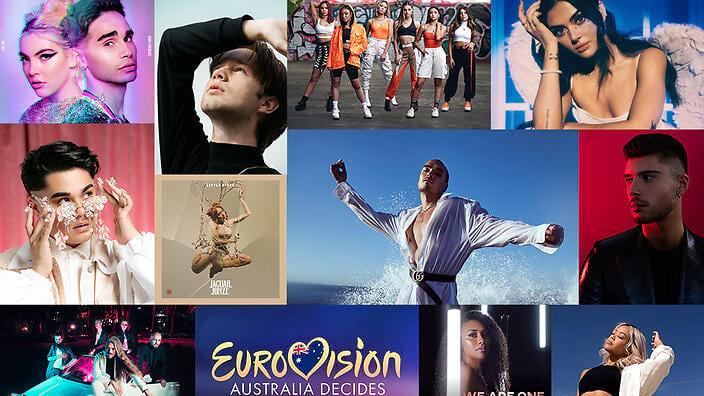 Australia debuted at the Eurovision Song Contest in 2015 and is yet to win the event. The country’s best results in the competition were achieved in 2016 when Dami Im placed 2nd in Stockholm.

In 2021 Montaigne represented Australia at the Eurovision Song Contest in Rotterdam with her entry ‘Technicolour’.