RTVE, the Spanish national broadcaster, has unveiled the Benidorm 2022 hosts, dates and official logo today during a special press conference where it officially presented the 14 competing acts to the assembled press. 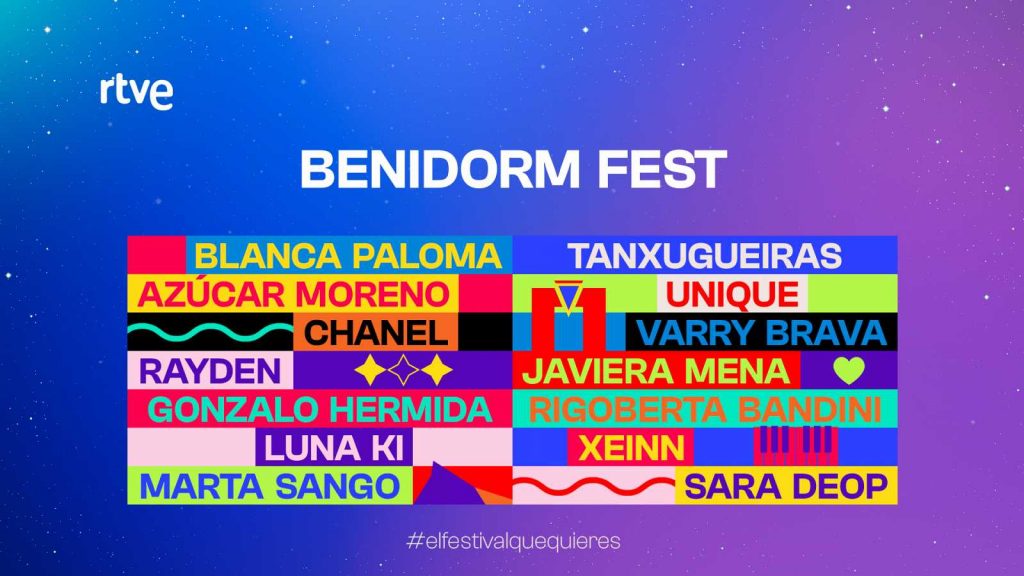 RTVE held a special press conference in Madrid today in order to officially present the 14 Benidorm acts to the Spanish media and unveiled many details regarding the forthcoming Spanish national selection.

Eva Mora, the Spanish Head of Delegation and Maria Eizaguirre presided the special press conference. The 2022 Benidorm Fest will be held on 26, 27 and 29 January and will be hosted by Alaska, Ines Hernand and Maxim Huerta.

The 2022 Benidorm logo has been designed by Iñaki San Juan under the supervision of RTVE’s Visual Dept and features four stars, a wave and the Benidorm Fest acronym showcasing Benidorm’s multicultural, musical, colour and festive vibe.

Azucar Moreno will be vying to represent Spain for the second time, having represented the country back in 1990 with their entry ‘Bandido‘ achieving a 5th place in Zagreb. They will be competing with ‘Postureo’.

Benidorm Fest 2022 will consist of 3 live televised shows which will be held in Benidorm.