Buoyant from semifinal success, Cyprus sees off all competition for the favourite position today, settling well into its new leading role. On odds as short as 2/1 (William Hill), Eleni’s nearest threat is Norway at a comfortable distance around 4/1 – 5/1.
Israel manages to cling to third favourite after losing ground and slipping from first. However, France is right behind Netta’s shoulder; with some bookmakers, Israel and France are on equal odds (for example, Ladbrokes, 6/1).

When We’re… Odds On

Lithuania has seen a flurry of activity after sailing through the first semifinal last night. “When We’re Old” is looking secure in a confident fifth favourite position, after spending weeks outside the top ten. Her leap is remarkable, starting Eurovision fortnight as a 100/1 long shot. Boasting prices as short as 9/1 tonight, Lithuanians have a lot to feel excited about.
Sweden picks up some more support too, climbing to sixth place behind Ieva. The first dress rehearsals for the second semifinal have done support for Benjamin Ingrosso no harm at all. He gains, as Estonia, Czech Republic and Bulgaria lose out, drifting to the lower half of the top ten in positions seven, eight and ten respectively. Moldova fills in the gap, still attracting its fair share of punter attention. Italy, on the other hand, is just budged out of the top ten.
Tonight’s top ten snapshot looks like this:

Bookmakers undid themselves slightly over last night’s qualifiers; they predicted seven of the lucky acts, compared to nine in 2016 and 2017. Current standings for tomorrow night’s show are as follows:
Unlucky in the odds are Russia, Romania, Malta, Serbia, Georgia, Montenegro, Slovenia and San Marino. However, last night, the bookies erred in the bottom half of the table. Could the same happen tomorrow night?
ESCToday is growing and always looks for new members to join our team! Feel free to drop us a line if you're interested! Use the Contact Us page or send us an email at [email protected]! 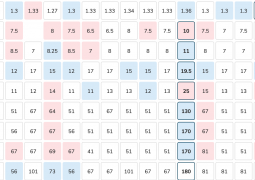 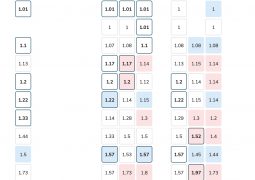