The full results of this year’s Grand Final Press Poll are now revealed. After a very close voting it was Francesco Gabbani from Italy who took the first place with 100 points, followed by Salvador Sobral from Portugal with 99.

The third place is taken by another favourite, Kristian Kostov from Bulgaria. Suprisingly, Lucie Jones of the United Kingdom grabs the 4th place and Blanche from Belgium goes 6th after failing to score in the Press Poll of the semifinals stage.

A total of 35 members of the press on location in Kyiv have voted for the five countries which left a remarkable impression on them among the long running order of the final, awarding five points to their first place, all the way to one point to their fifth place.

The full prediction for this year’s final is as follows:

The huge difference between places 1-3 to 4-5 and then to 6-16 should predict that we’re gonna have a 2015-like voting where a specific number of countries are getting attention from everyone while the the others make it through with points from here and there. 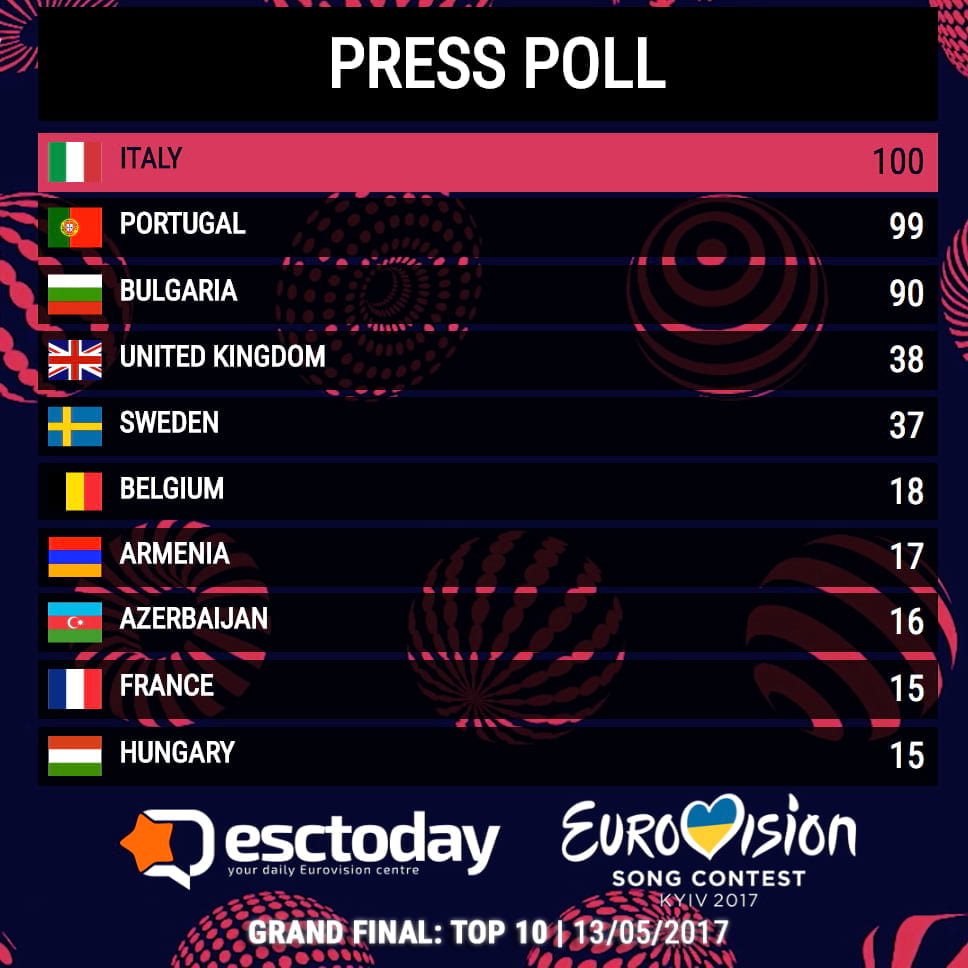