NTU, the national Ukrainian broadcaster is proud and honoured to host the 2017 Eurovision Song Contest in Kyiv next May after Jamala’s glorious triump in Stockholm last year. The 2017 ESC host broadcaster has confirmed the CORE TEAM for Eurovision 2017 and has shed more light on the ongoing preparations for the forthcoming contest. Let’s check out the Road to Eurovision 2017!

NTU has been working round the clock ever since Ukraine was proclaimed the winner of the 2016 Eurovision Song Contest last June in Sweden. The Ukrainian broadcaster has been working very hard and earnestly in order to showcase an extraordinary show and event come May.

The road to Kyiv 2017 hasn’t been an easy one but NTU and the City of Kyiv have both joined forces and are working together from strength to strength to bring about an excellent high level contest next spring. 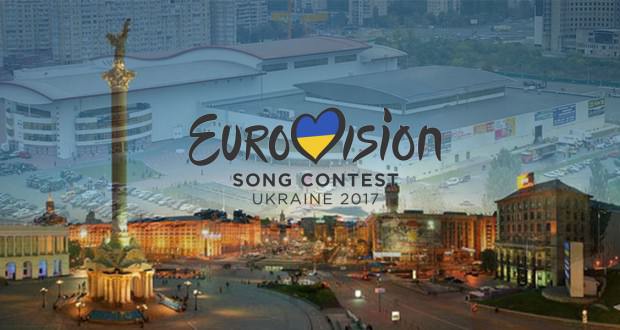 On 1 June 2016 the Cabinet of Ministers of Ukraine approved the composition of the Organizing Committee in order to  prepare and hold the 2017 Eurovision, led by the Prime Minister of Ukraine Mr. Vladimir Groisman.

Hereafter on June 24 2016 after the initial kick off meeting with the European Broadcasting Union (EBU), the city began the selection of the 2017 Eurovision host city. It lasted a little over two months and consisted of four stages:

In addition the NTU 1 viewers got the chance to to see live the presentation of the 6 bidding cities vying to host the 2017 Eurovision Song Contest as part of the special project Battle of the City.

This resulted in Kyiv being selected as the 2017 Eurovision Song Contest host city along with the International Exhibition Centre as the official venue of the contest.

The contest will be funded by several  different several sources: 455.7 million Hryvnias have been allocated from the State Budget in order to prepare and host the 2017 Eurovision Song Contest, whilst the host city Kyiv will be contributing 200 million.

We must also add the revenues and income from sponsors, advertising and ticket sales. The budget provided to host the 2017 ESC in Ukraine is enough to hold the event on a high leve.

At a meeting on October 11 2016 the government of Ukraine approved a plan of measures for the preparation and hosting of Eurovision 2017 in Ukraine. The document provides the development of the necessary security measures, the inspection of the technical state of construction of the 2017 Eurovision venue,  the improvement of the infrastructure around the ESC venue, the funding of the  additional locations and official television communications required for Eurovision.

In addition, the Cabinet of Ministers of Ukraine has taken the decision to ensure appropriate conditions for the preparation and implementation of Eurovision 2017 in Kyiv. This decree gives the possibility to avoid applying cost limits to purchase the equipment necessary for the organization of the Eurovision Song Contest. Due to another decision of the Government, the Host Broadcaster of Eurovision 2017 got the opportunity to make prepayment for goods and services in relation to Eurovision.

Furthermore the President of Ukraine signed the law on amending the final and transitional provisions of Section IX of the Law of Ukraine “On Public Procurements” with regard to the procurement of goods, works and services required to ensure the preparation and implementation of the Eurovision Song Contest. These amendments give the Host Broadcaster the possibility to hold the tenders necessary to organize the event under the simplified procedure. In its turn, the Government approved the specific limited list of such goods, works and services.

The basic commands of Eurovision-2017 include:

A concise report including the work and preparations for Eurovision 2017 was officially presented to the EBU by the Executive Producers of Eurovision 2017 at the General Assembly of the European Broadcasting Union in Swiss Lausanne on 8 December. As a result Ukraine received the green light by the EBU to host the 2017 Eurovision Song Contest in Kyiv next May

Ukraine is ready to host the 2017 Eurovision Song Contest

As of late 2016, the Eurovision team has held competitive selections of partners and suppliers that meet the objectives to the utmost and can produce a world class show. The preliminary analysis, negotiations and consultation with representatives of the market had been carried out for that purpose. The decisions on those selected by the 2017 Eurovision team were approved by the European Broadcasting Union.

Also, the active work on the creative content of the three Eurovision shows has started. Show Producer Stuart Barlow and Creative Director Oleg Bodnarchuk are working on that. In particular, the Eurovision hosts are being selected, the ideas for interval acts and postcards are being developed and the list of guests is being made.

A number of decisions on the creative concept, the show itself, the hosts, design and creative content of the Contest will be announced in early 2017. We promise interesting surprises and a world class result. We will also start pleasantly surprising the Eurovision fans.

A total of 43 countries have confirmed their participation in the Eurovision Song Contest to be held in Ukraine. It is a record number of contestants that repeated only twice in the history of Eurovision back in 2008 and 2011.