The Finnish entry for the 2013 Eurovision Song Contest in Malmö will once again be selected using the new format UMK or Uuden musiikin kilpailu. The judges of the second season of UMK were revealed yesterday in a MTV3 show co-hosted by the 2007 Eurovision Song Contest host Mikko Leppilampi. The judging panel will be made up of top musicians and music professionals.

First off returning from last year is Tomi Saarinen, head of music from YLE youth radio channel YleX. Aija Puurtinen is the only female member, and she also has a doctorate in pop music as the first person in Finland ever. She has also had a pop career in the Honey B and the T-Bones.

Toni Wirtanen is a real heavy-weight rock professional. His band Apulanta has been one of the biggest names in Finland since 1991 and he has written songs for several popular artists. Redrama (Lasse Mellberg) has been making rap in English since 2001.

The judges tell the tabloid Ilta-Sanomat that they feel they have found some really good acts, even if they did not always agree on all of them. They say that YLE has learned from the mistakes made this year and this time the team has worked really hard to make the format work. They also say they still are missing big names in pop and rock genres, as well as dance music to enter the contest. This year there was a lot of Adele type soul in the submissions, says Toni Wirtanen for Ilta-Sanomat. The artists will once again be coached and produced by one of the leading Finnish producers of the moment, Jukka Immonen.

The 12 acts in this year’s edition of UMK will be revealed on 3 December. The televised shows will start on Thursday 27 December, and the UMK final will select the Finnish entry for Malmö on 9 February 2013. Some of the songs that did not make it have been posted in this forum thread on viisukuppila.fi.

The hosts for UMK 2013 have also been revealed now as Anne Lainto and Ile Uusivuori, both YleX DJs. Anne already hosted UMK in 2012.

Redrama, one of the judges,  has just released a new song Dumb!, watch it below: 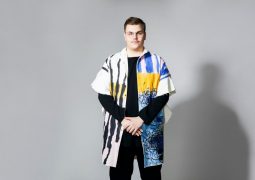