The Italian Head of Delegation, Ms. Simone Martorelli, has been appointed as the chairperson of the International Broadcasting Committee at the EBU.

Ms. Simone Martorelli took over as the Italian Head of Delegation in 2020 when Nicola Cagliore left RAI. She led Italy and Maneskin to victory at the 2021 Eurovision Song Contest in Rotterdam, thus bringing the coveted Eurovision trophy back on Italian soil for the third time.

Now the Italian Head of Delegation and RAI’s Director of International Relations Department has been appointed as the chair of the International Broadcasting Committee at the EBU.

The International Broadcasting Committee was formed in 2015 during the EBU’s General Assembly.

The EBU has released the following statement regarding he new International Broadcasting Committe which was elected earlier this month:

IBA brings together EBU Members that transmit internationally (TV, radio and online) to discuss and share strategic challenges, identify areas of mutual support, assistance and knowledge and to reinforce synergies with other EBU activities. IBA provides a platform for international relations as well as sales, marketing and distribution experts.

IBA was created in 2015 with a decision of the EBU’s General Assembly. International broadcasters – most of whom are affiliates or departments of existing Members – formerly met under the aegis of The Bruges Group.

Born in Rome in 1959, she has a degree in political science. She obtained a Master of Arts in “United Nations and International Studies” from New York University with a Fulbright scholarship. 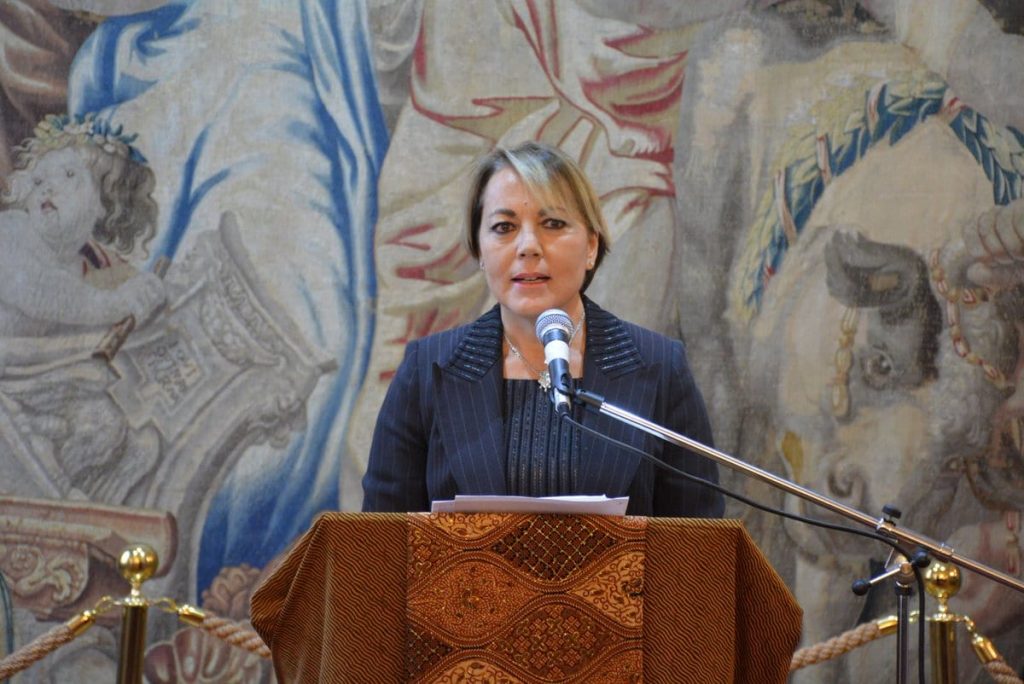 She was hired by RAI in November 1984 as an employee (graduate) at the 1st Television Network where she manages the activities relating to co-productions and sponsorships; in this working environment, in January 1992, she was assigned the function “Purchase of filmed materials“, obtaining the relevant official qualification.

In 1994 she became head of the department that deals with co-productions at the Management of Fiction Rights: Productions, Co-productions, Procurement Department and in 1995 she took over  the Coordination of contracts and International Relations Department within the Marketing and Rights Structure. Archives of the Commercial Development Department.

She was appointed manager in February 1999 with the position of head of the “Regulations and Contracts” organizational position of the Production Management for Subscriptions and Activities for the Public Administration.

In September of the same year, she was transferred to the RAI offices in Brussels, reporting directly to the Institutional Relations Department, with the task of following relations with the European Commission – with particular regard to the problems of the broadcasting sector – and with other institutions.

She also collaborated with the Production Management of Subscriptions and Activities for Public Administrations, for the development of international projects and conventions, as well as for the study and monitoring of regulations on subscription fees at European level.

From 2001 to 2004, without prejudice to the posting at the RAI offices in Brussels, she worked directly under the Director of the Institutional Relations Department.

From June 2005 until May 2008 she carried out the functions of national expert seconded to the “Information Society” General Directorate of the European Commission and in April 2008 she was assigned to the Technological Strategies Department with the task of following the international technological innovation projects on the information product.

Since December 2008, she has also overseen some international activities at the EBU offices in Brussels within the aforementioned Department, also collaborating with the Development and Commercial Coordination Department for the enhancement of initiatives of corporate interest.

Since 2014 she has been working within the Institutional and International Relations Department, exclusively in Brussels, to monitor  EBU-related activities and EU funding programs, as well as overseeing institutional relations with the European Parliament and the European Commission.