RTP, the Portuguese national broadcaster, has unveiled the running order of the 2019 Festival da Canção 2019 semi-finals.

The Portuguese broadcaster has determined the running order of the Festival da Cançao 2019 semi-finals, scheduled to be held on 16 and 23 February in Lisbon. 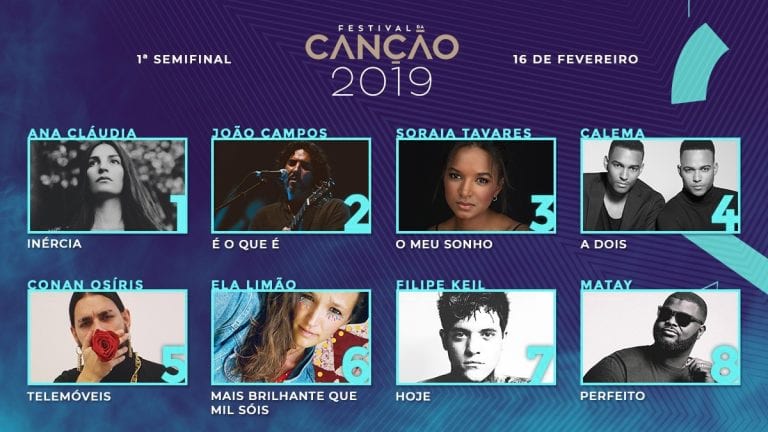 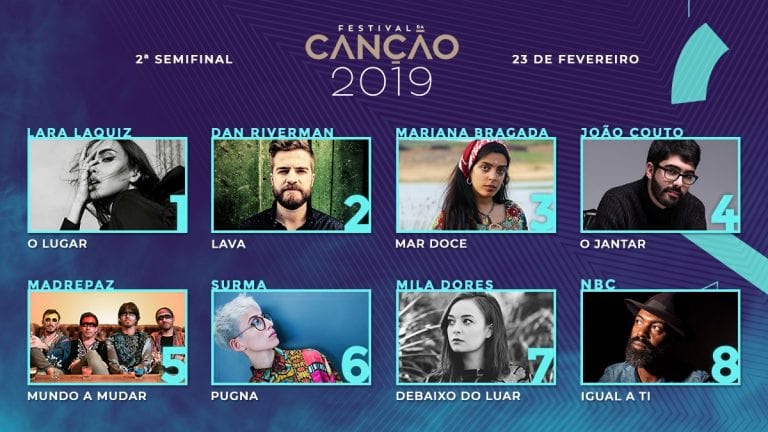 The 2019 FdC will consist of three shows ( two semi-finals and a grand final) scheduled to be held in February and March 2019.

A total of 16 acts will battle for the golden ticket to Tel Aviv, 8 acts will compete in each semi-final, the top 4 entries from each semi-final will proceed to the Grand Final of FdC.  Hence 8 acts will fight for the right to represent Portugal at the 2019 Eurovision Song Contest in the Portuguese national final.

The semi-finals will be held at the RTP Studios in Lisbon whilst the venue and host city for the grand final will be held in Portimão.

A total of six hosts will be presenting the upcoming Portuguese national selection; namely 2 hosts per show:

Filomena Cautela was one of the four charming hostesses at the 2018 Eurovision Song Contest in Lisbon. She has hosted FdC several times and is one of RTP’s most sought after television presenters.

Inês Lopes Gonçalves will be the Green Room host during all three shows.

Portugal has competed 50 times in the Eurovision Song Contest and will see its 51st participation in Tel Aviv next year.

In 2018 Claudia  Pascoal & Isaura were crowned the winners of Festival da Cançao and had the honour to defend the Portuguese colours at the Eurovision Song Contest on home soil with their entry O Jardim. Despite a beautiful peformace the 2018 ESC host nation finished last in the Grand Final.