The British national broadcaster, BBC, has unveiled the names of the six lucky hopefuls who will battle at the forthcoming 2019 British national final along with the three potential UK Eurovision entries. 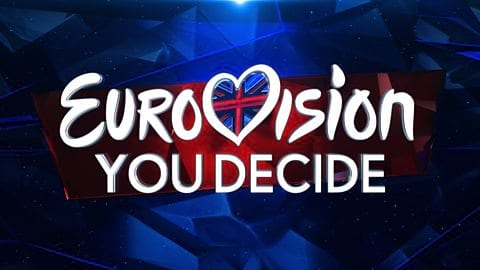 A total of six acts and three songs will battle for the golden ticket to Eurovision 2019 in Tel Aviv. In an exciting format change, each of the three competing songs will be performed in two different ways, by two different acts.

A celebrity panel and viewers at home will be responsible to deliberate and select the UK entry and act that will fly the British flag at the 2019 Eurovision Song Contest in Tel Aviv, Israel.

The show will be hosted by Eurovision 2015 winner Mans Zelmerlow and BBC’s Mel Giedroyc, the duo will be hosting the British Eurovision heats for the second consecutive year.

The 2019 edition of Eurovision You Decide will be held at Media City UK in Salford, and will be aired live on Friday 8 February at 20:45 CEST on BBC Two.

The 2019 British national final will consist of 2 parts:

There will also be an exciting live music performance from You Decide host and Eurovision 2015 winner Måns Zelmerlöw, as well as lots more surprises on the night.

The United Kingdom debuted at the Eurovision Song Contest in 1957 and has won the competition five times (1967, 1969, 1975, 1981, 199). The country has participated in the Eurovision Song Contest 61 times and has enjoyed great succes in Europe’s favorite television show. The UK hold the record of being the country who has placed 2nd the most times in the competition, namely 15 times.

In 2018 the United Kingdom selected its Eurovision act and entry via a national final. SuRie was crowned the winner of the British national final and won the golden ticket to Lisbon with her entry Storm.