AMPTV, the Armenian national broadcaster, has revealed the name of the 2019 Armenian Eurovision representative. Srbuk will be flying to Tel Aviv next May! 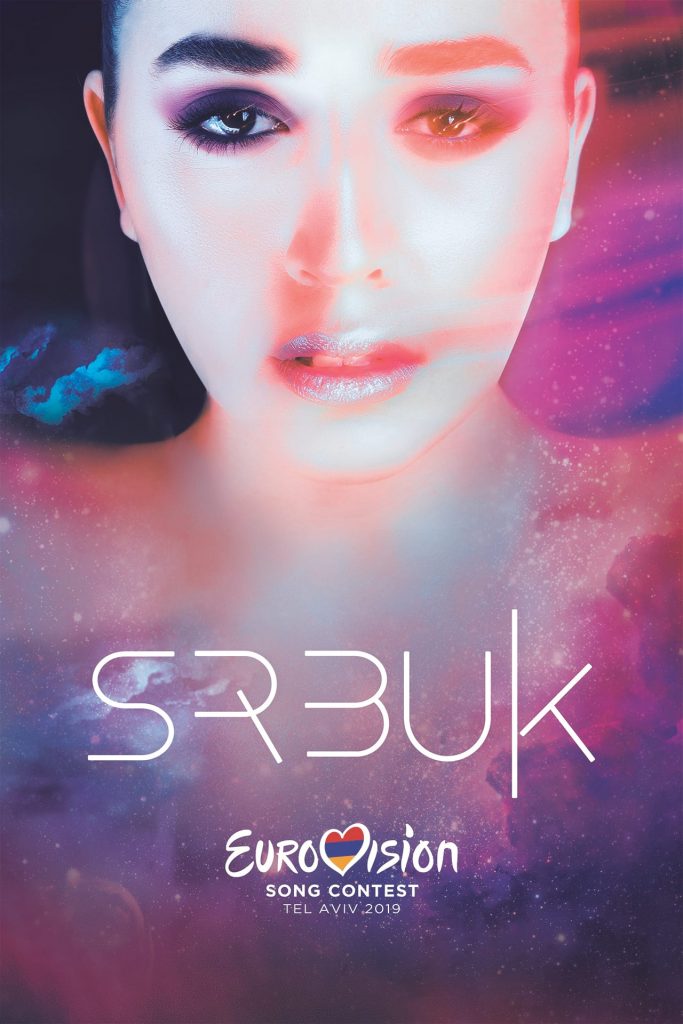 Barev Hayastan! Armenia is the first country to unveil its Eurovision hopeful for Tel Aviv. Srbuk will have the honour to defend the Armenian colours at the 2019 Eurovision Song Contest in Tel Aviv.

AMPTV unveiled the name of its 2019 Eurovision hopeful this evening during the Nice Evening late night talk show. The late night show is hosted by Aram Mp3 (Armenia 2014) and Garek Papoyan and broadcast on Armenia 1.

This year AMPTV and Armenia have decided to opt for an internal selection in order to determine the 2019 Armenian Eurovision hopeful after having had a national selection for two years.

It was our team’s unanimous decision to choose Srbuk to represent Armenia at ESC 2019! I would also like to highlight that many Armenian fans of the contest wanted to see her on the Eurovision stage. I am confident that Srbuk’s unique character will impress thefans and viewers all over the world.

I’ve been following Srbuk’s career  for a long time. I can distinguish her diligence and unique energy, which are among the most important characteristics, that can help achieve good results in Eurovision.

Srbuk is honoured to represent Armeniaa at the 2019 Eurovision Song Contest:

I am starting a new journey now, which, I am sure, will be full of new and pleasant emotions, challenges and amazing experiences! I am grateful to  all of my friends and fans, who are always with me and have always wanted to see me on the Eurovision stage. I am grateful to the Public TelevisionofArmenia for their trust. It’s an honor to represent my country in front of the whole world! We have an amazing journey ahead of us, and I hope we’ll succeed together!