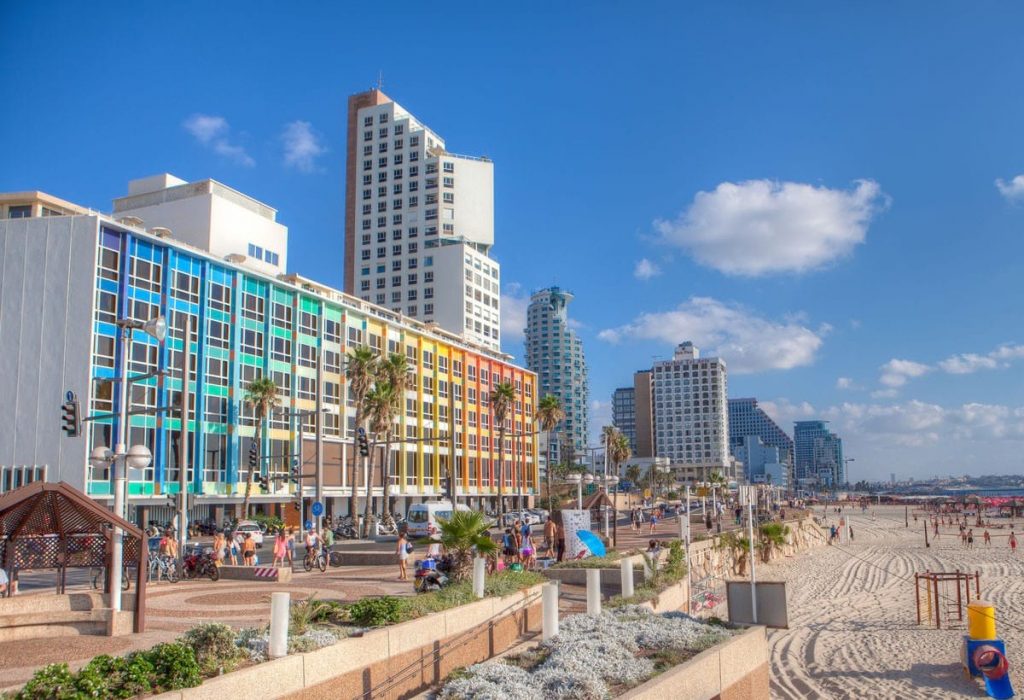 Habemus host city! After months of speculation, rumours, rejoinders, excitement and nerve wrecking suspense we  now know where we will be heading for the 2019 Eurovision edition.

The EBU and the Israeli national broadcaster KAN/ IPBC have announced today that the 2019 Eurovision Song Contest will be held in Tel Aviv. Eurovision fans can now plan their trips to Israel and book their flights and accomodation!

The venue and the dates

The 2019 Eurovision Song Contest will be held at the Tel Aviv Convention Centre, namely at the newly built Pavillion 2 on 14, 16 and 18 May.

We’d like to thank all the Israeli cities who bid to host the 2019 Eurovision Song Contest, and KAN who conducted an expert and thorough assessment to help us make the final decision. All the bids were exemplary but in the end we decided that Tel Aviv provides the best overall setup for the world’s largest live music event. We are excited to bring the Contest to a brand new city and are looking forward to working together with KAN to make 2019’s Eurovision Song Contest the most spectacular one yet.

We look forward to working with KAN to bring the Contest to Tel Aviv for the first time. We are expecting to receive guarantees from the Prime Minister this week in regards to the security and freedom of movement of anyone coming to the event. These guarantees are imperative in order for us to move forward with the planning of the event to ensure the safety of visitors and upholding the Eurovision Song Contest values of diversity and inclusivity.

The Tel Aviv Convention Centre, formerly known as the Tel Aviv Fairgrounds dates back to the 1920’s and saw its inauguration in 1933. The fairground is located at the Rokach Boulevard in the north of the city and can be easily reached from downtown Tel Aviv via train, bus, car and cab. The Tel Aviv University Train Station is just a stone throw away from the multi purpose convention centre.

Construction of the modern state of the art Pavillion 2 kicked off in 2010 and concluded in 2015 when the pavillion officially opened its doors to the public. Pavillion 2 can accomodate circa 10,000 people and has hosted many grand events recently including musical concerts.

Video of the construction of Pavillion 2 at the Tel Aviv Convention Centre.

Video of the various pavillions at the Tel Aviv Convention Centre

The Convention Centre Complex consists of 8 halls/pavillions and is celebrated for having hosted many musical events and concerts in recent years. Pavillion 1 and the newly built Pavillion 2 are the largest pavillions in the complex.

Tel Aviv is one of the most vibrant cities in the Middle East and is internationally acclaimed for its amazing night life, chic clubs, sandy beaches, grand variety of restaurants, seafront promenades and rocking party scene. The city is bustling with local and foreign youngsters all year round and is reputedly the country’s hottest nightlife hub.

The coastal city has both an international airport and a large hotel capacity to accomodate the Eurovision bandwagon and fans. You can fly to Tel Aviv’s Ben Gurion Airport from practically all European capital cities.

Often referred to as the party capital of the Middle East, Tel Aviv is the second most populated city in Israel after Jerusalem with a population of circa 444,000 inhabitants. Eurovision fans will be delighted to know that the city boasts with warm weather practically throughout the year, many visitors will be able to enjoy Tel Aviv’s sandy beaches and seafront bars and restaurants.

Tel Aviv is a rather young city and was founded in 1909 by modern day Jewish settlers outside the ancient city of Jaffa.

Israel will have the honour of welcoming the Eurovision bandwagon with all its glitzy and glamourous razmatazz for the third time in Eurovision history, after having succesfully hosted the event twice in Jerusalem in 1979 and 1999.

KAN and the 2019 Eurovision host city Tel Aviv are happy and honoured to welcome the Eurovision Song Contest next May.