Ukraine has decided! The 2018 Ukrainian national selection concluded tonight with its Grand Finale, Melovin was crowned the winner of the competition and will fly to Lisbon in order to defend the Ukrainian colours at the upcoming Eurovision Song Contest in  Portugal.

The 2018 Ukrainian national final was held in Kyiv tonight and was broadcast live on STB and UA:PBC Channel 1. The show was hosted by Serhiy Prytula. A total of 6 acts battled for the golden ticket to Lisbon during tonight’s show: Tayanna, Melovin, The Erised, Table, Village and Kadnay.

Melovin will represent Ukraine at the forthcoming 2018 Eurovision Song Contest with Under the ladder. The 2018 Ukrainian act and entry were determined via a  50/50 jury-public voting deliberation.

After an exciting nail biting voting Melovin was declared the winner with 11 points, 1 point ahead of the jury’s favorite Tayanna who came 2nd with 10 points. 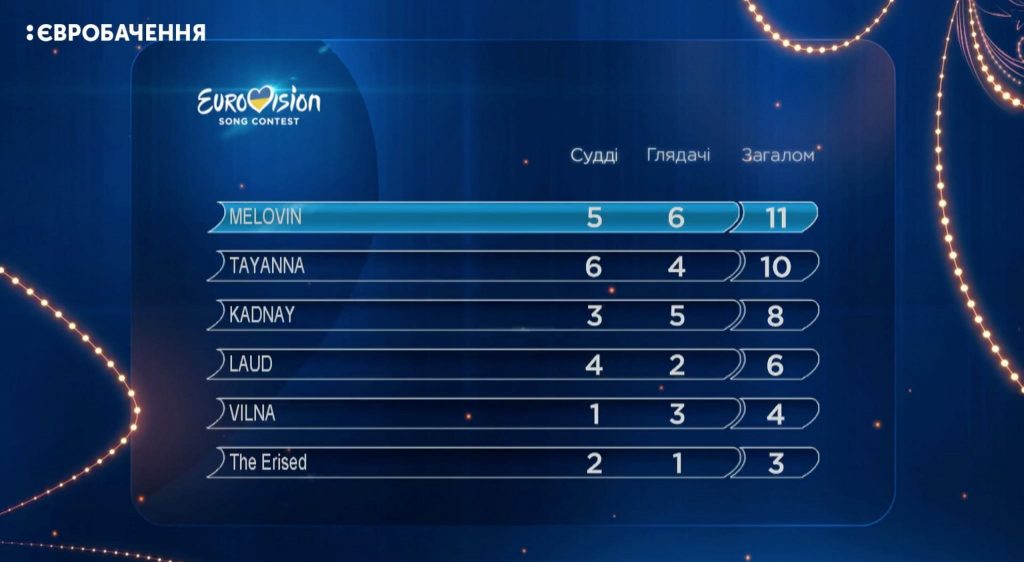 Melovin will fly to Lisbon with Under the ladder

The 2018 Ukrainian national selection consisted of 3 shows: two semi-finals and a grand finale.

Ukraine will compete in the Second Semi-final of the 2018 Eurovision Song Contest on 10 May in Lisbon.