The Ukrainian designers LUVI, Indposhiv, Lake Studio and Burenina have been chosen to design the costumes for the Eurovision 2017 presenters. Proposals from these four brands won the competition held by the host broadcaster in conjunction with the fashion magazine Vogue UA.

Stuart Barlow (Eurovision 2017 producer) is very pleased with the outcome and goes on to say:

We selected the costumes for our presenters based on whether they meet the requirements for the television format, and how well they fit with the image of the guys. Another important factor was whether the designers had worked in male fashion before. We are satisfied with the results of the creative competition and grateful to Vogue UA for their cooperation.

For Timur Miroshnichenko, who will present from the green room, suits for all three shows will be created by the designer Burenina.

I always try to catch the viewer emotionally and make sure that the image is not trivial and primitive, and of course make the presenter look attractive!. 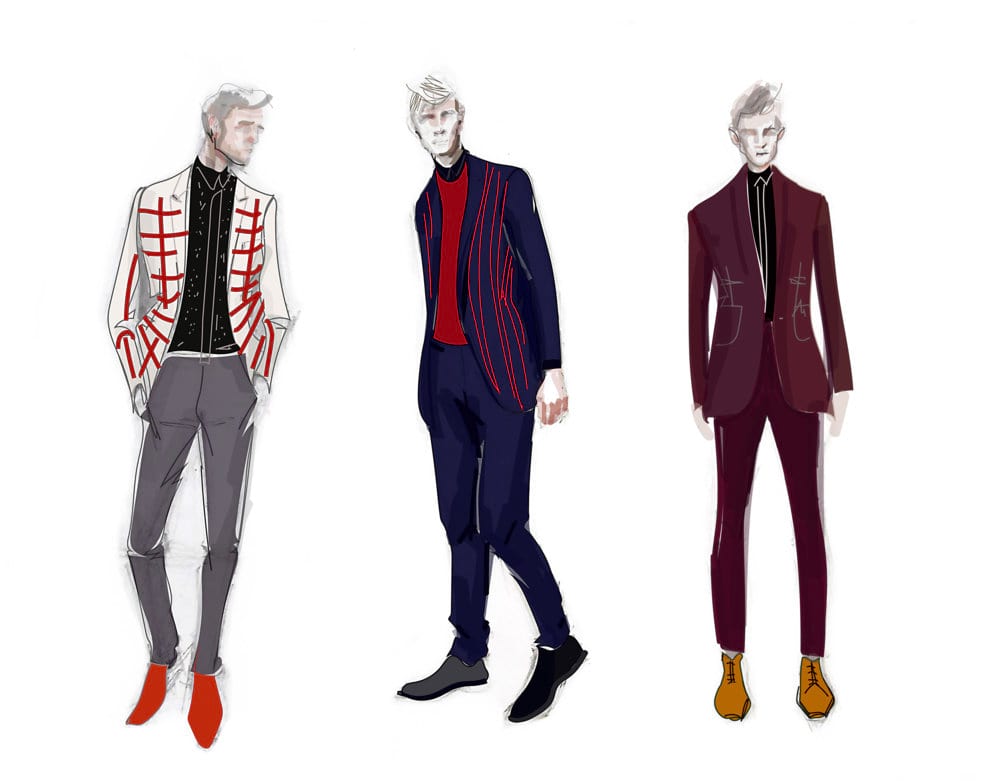 So many differing designs were submitted! During the three live shows of Eurovision 2017, the costumes will different in fabric and style, but still cool. I am quite pleased with how the clothing will work during the song contest.

Images of Alexander  Skichka and Vladimir Ostapchuk for Eurovision 2017 will be designed by the other three brands: LUVI, Indposhiv and Lake Studio.

The costumes are perfect to highlight the best of the presenters. And if they are made of high quality fabric, it will look good both on the stage and TV.

In fact, it was difficult to select the finalists as we were presented for a lot of cool, creative ideas. I am pleased with our choice and I am sure that together with the Ukrainian designers we can create an image which viewers will remember.

In developing the sketches we focused on the stage design. The stage should be the centrepiece and the presenters must be in a contrasting outfit. The material used must work well with the bright lights. 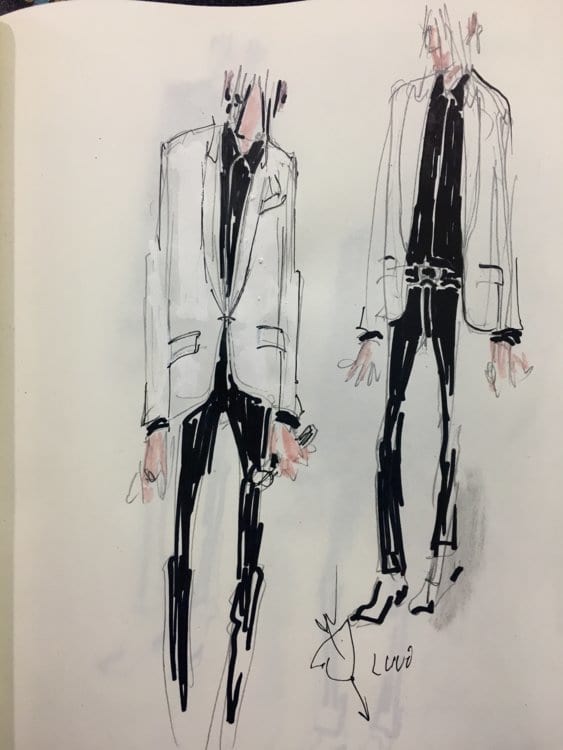 Well, the designers listened to our wishes, because for me it is very important to feel comfortable and confident while working live on stage. We had almost no debate on my selection of costumes.

Designers from the brand Lake Studio, Anastasia Riabokon and Olesya Kononov, will create the costumes for the stage presenters for one of the semi-finals. Lake Studio is famed for embroidery work using traditional techniques in modern feed. 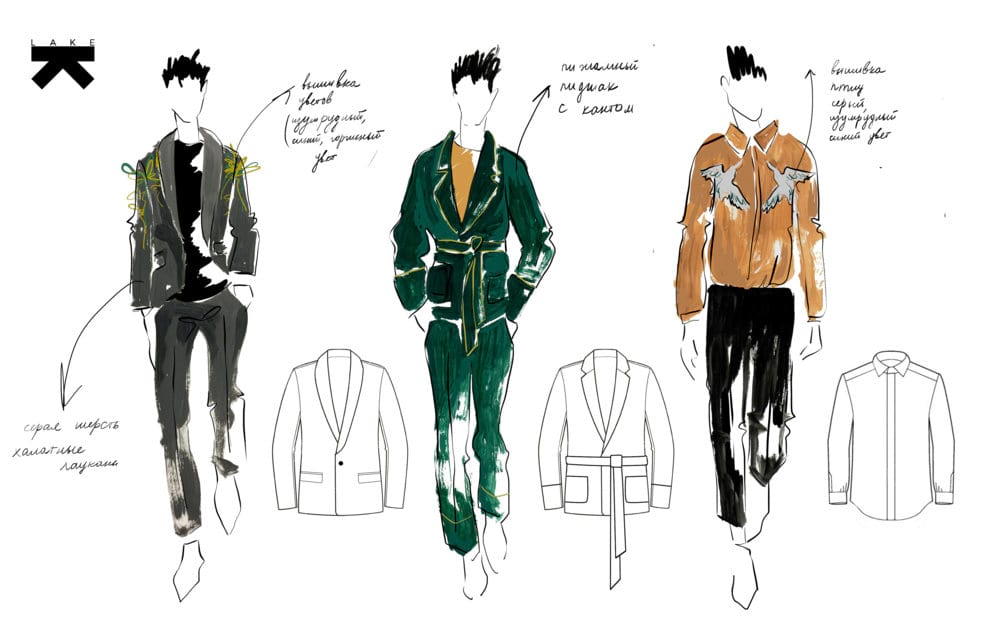 We have developed six unique images, which were the basis for our iconic brand. Our highlights are men’s jackets, kimono with wool, velvet and dense viscose.

We need to create an iconic image for the guys. We are happy with the quality collaborations we have arranged.