Another exciting night has just ended in Sweden as the second semifinal of Melodifestivalen 2017 took place in the Malmö Arena of Malmö, and the televoters decided to send Mariette and Benjamin Ingrosso to the grand final in Stockholm.

And Roger Pontare was placed 5th and went out of the competition as well.

Our Press Poll on location in Malmö managed to predict the results almost correctly, missing on Dismissed and Roger Pontare who swapped places in the actual show. 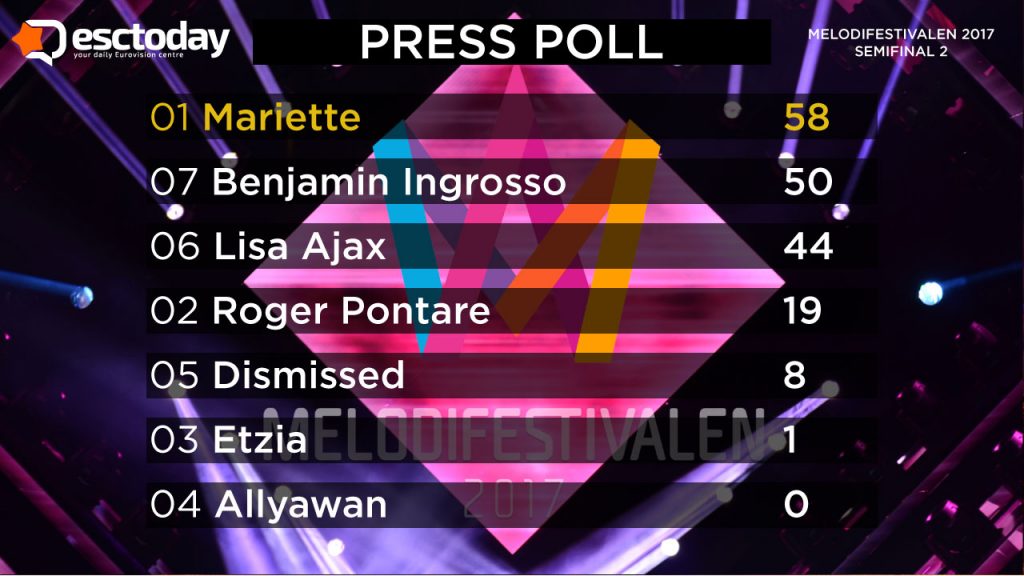 Melodifestivalen 2017 will continue next Saturday with the third semifinal. The full agenda of the Swedish selection is as follows: