The Russian mega star is currently busy touring Russia and its neighbouring countries as part THE BEST Tour. 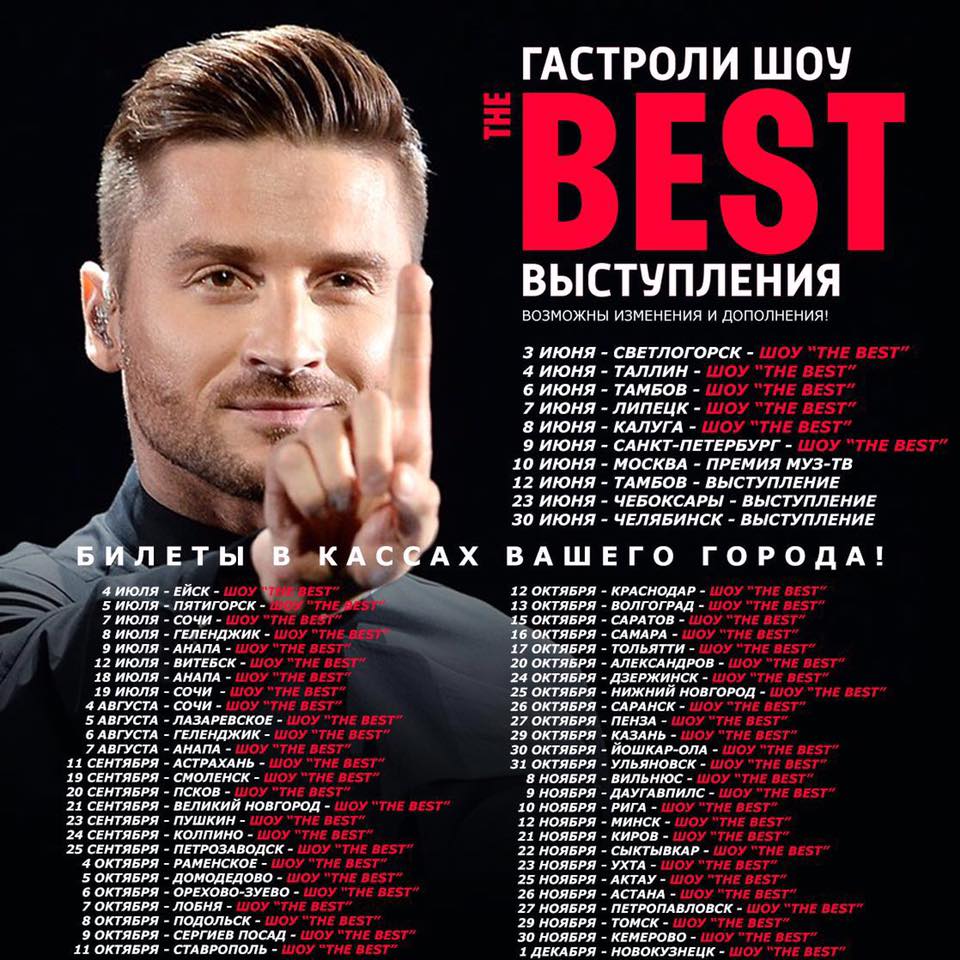 Russian superstar Sergey Lazarev is amongst the most sough after artists in Russia today. He represented Russia at the 2016 Eurovision Song Contest with his entry You are the only one, achieving an honorable 3rd placing with in the grand final in Stockholm.

Sergey has a full schedule all the way until December when his tour concludes. The Russian star has back to back concerts throughout Russia.

He gave a concert in Tallinn, Estonia last week where he set the crowds into a frenzy with his music and performance.

Sergey performs Flyer in Tallinn, the song he bid to represent Russia in 2008, but came 4th in the 2008 Russian national final.

Sergey treating his fans with one of his many hits