Daniel Kajmaoski, the singer who represented FYR Macedonia at the Eurovision Song Contest, has released his first single since the contest.

10 leta, or 10 summers in English, is the follow-up single to his Eurovision Song Contest entry, Autumn leaves.

Aleksandra Milutinovic, a Serbian composer, who as worked with the likes of Marija Serifović and Jelena Tomasević in the past, wrote the song.

The song was produced by Darko Dimitrov, who worked on the Albanian entry at the Eurovision Song Contest this year, I’m alive.

Speaking about the new single, Daniel teased that there was more to come from the Macedonian singer in the coming months,

It’s my great pleasure to announce my single – Ten summers! I am very satisfied with the cooperation with Aleksandra, Darko and Ognen. This is an announcement for my next single and bigger project – my first solo album.

A Serbian version of the song will also be released shortly.

Representing FYR Macedonia at the Eurovision Song Contest 2015, Daniel Kajmakoski finished 15th in the first semi-final with 28 points – meaning he failed to qualify for the grand final.

What do you think of Daniel Kajmakoski’s new single?

Stay tuned to ESCToday for all the latest news from Eurovision artists past and present, as well as the Eurovision Song Contest 2016! 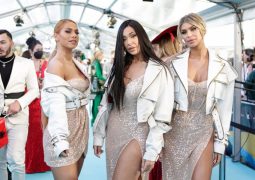