40 countries will be taking part in the 60th Eurovision Song Contest which will be held in Vienna on 19, 21 and 23 May. The next country to be introduced is Iceland. Singing for Iceland this year is María Ólafs.

María Ólafsdóttir, also known as María Ólafs, is a 22-year-old singer and actress born on the 21 March 1993 in the Icelandic town of Blönduós.

Maria’s career started in 2007 where she was given her first small role in a stage play which took place at The National Theatre in Reykjavík. Her first big role came two years later in 2009 where she played the role of Louisa von Trapp in The Sound of Music, hosted at the Municipal Theatre.

In 2014, Maria continued her stage play journey where she was given the leading role in Ronia the Robber’s Daughter at the Mosfellsbær Theater Group.

2012 was when Maria started working with StopWaitGo, a song-writing team, whilst she was still studying at school. Together, they wrote and produced her official Söngvakeppnin 2015 entry Unbroken, going on to win the Icelandic national selection and therefore earning the right to represent her country at the 2015 Eurovision Song Contest. 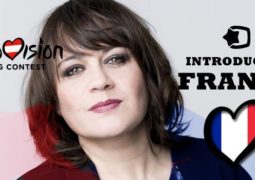