The 2021 Macedonian Eurovision hopeful, Vasil, has selected his Eurovision entry for Rotterdam!

Vasil will represent North Maceodonia at the forthcoming 2021 Eurovision Song Contest with ‘Here I Stand’.  The song has been composed and written by Vasil himelf. 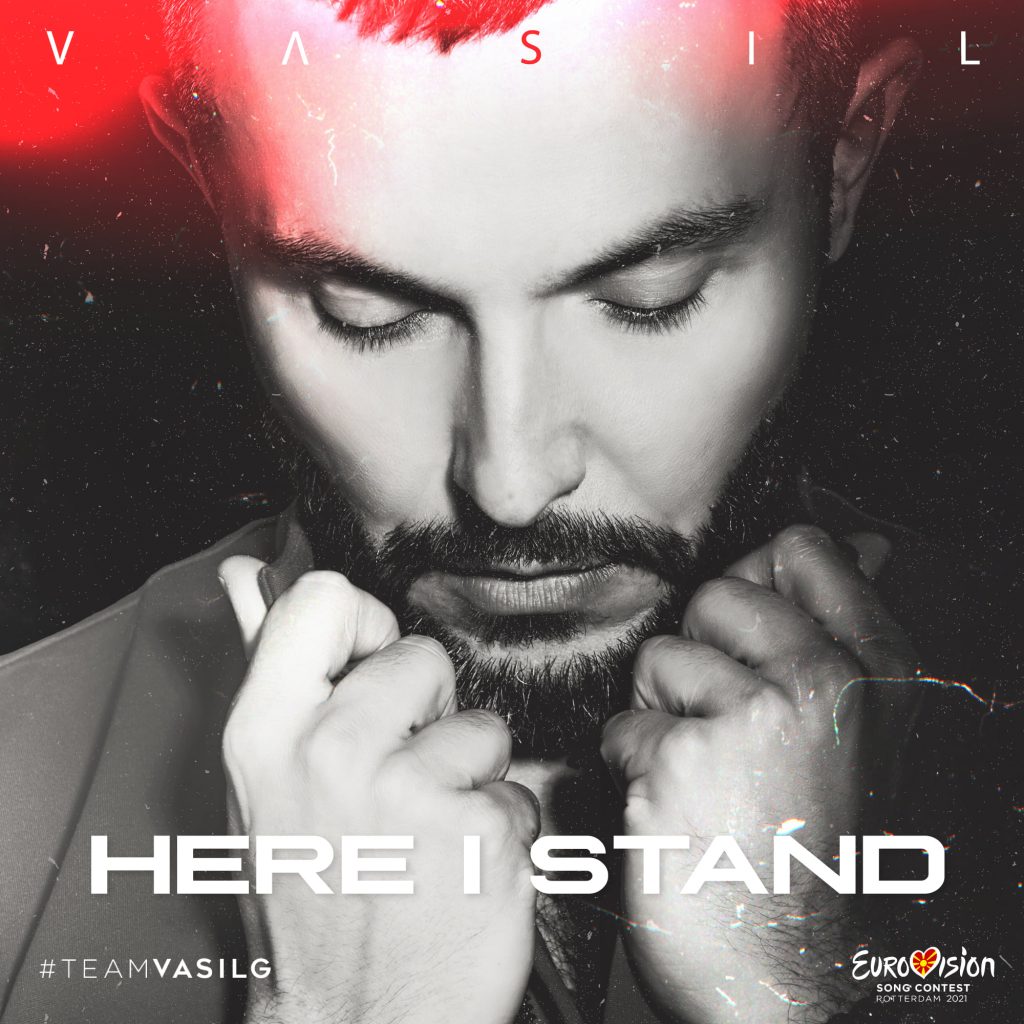 The 2021 Macedonian Eurovision entry was selected internally by the MKRTV’s Eurovision team and Vasil from a large number of submitted entries.

I think it rose out of one of those special and rare moments in life when you are at one with yourself: able to let emotions flow in their purest form without self-judgment, freely and sincerely.

I am deeply honoured that I will have the opportunity to represent Macedonia at Eurovision with a song inspired by my personal journey.

They say that every human being carries at least one song within themselves. “Here I Stand” is that song for me. I can hardly wait to perform it for you on the Eurovision stage! Thank you all for your love and support. Stay tuned and see you soon.

Borche Kuzmanovski and Davor Jordanovski will be working with Vasil in order to arrange and produce the 2021 Macedonian Eurovision entry.

Vasil’s Eurovision 2021 entry willl be recorded with live symphonic orchestra in the internationally renowned studio FAMES in Skopje. Backing vocals will be recorded in Chicago by former members of Chicago Children Choir, where Vasil himself participated as a child.

‘Here I Stand‘ is set to release in March.

The country has competed 19 times in the Eurovision Song Contest and has only qualified to the Grand Final on 9 times. FYR Macedonia achieved its best result in the contest  in 2019 when Tamara Todevska placed 7th in the Grand Final in Tel Aviv.

In 2019 MKRTV opted for an internal selection and selected Tamara Todevska to defend the Macedonian colours at the Eurovision Song Contest in Tel Aviv with her epic entry Proud. North Macedonia won the jury voting in Eurovision 2019 and placed 7th after the combined televoting/jury deliberation, thus achieving its best result in the competition so far.

2019 saw North Macedonia enter the TOP 10 of the Eurovision scoreboard for the very first time.

In 2020 Vasil was set to represent North Macedonia at the Eurovision Song Contest in Rotterdam with his entry ‘ You‘, unfortunately he was not able to accomplish his goal due to the unprecedented cancellation of the event due to the coronavirus pandemic.