Back in 1993, Janika Sillamaa was all set to be Estonia’s first independent Eurovision representative. She looks back, together with commentator Olavi Pihlamägi.

The story behind her Eurovision attempt

As a blueprint of Europe and the wider world, Eurovision has always anticipated changes in the geographical and political landscape. Back in 1993, as the contest was set to take place in Millstreet, Ireland, the contest was faced with the emergence of new countries that wished to participate: the dissolution of the so-called Eastern bloc and the desintegration of Yugoslavia presented nations that wanted to share their musical cultures with the rest of Europe.

The EBU solved the question as to who would be eligible to partake in the contest with the introduction of a preliminary selection. Kvalifikacija za Millstreet or Qualification for Millstreet was held in Ljubljana, Slovenia, on 3 April 1993, and witnessed seven countries vying for a spot in Eurovision: Bosnia & Herzegovina, Croatia, Estonia, Hungary, Romania, Slovakia and Slovenia.

Representing Estonia was Janika Sillamaa with the song Muretut meelt ja südametuld (Careless mind and flaming heart). However, as only the top-3 would procede to the actual Eurovision-stage, Janika’s 5th place did not lead to Estonia’s official Eurovision debut. 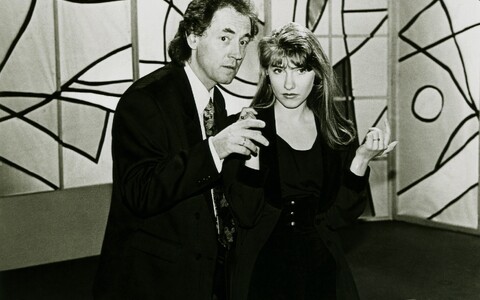 A successful artist in her own right, Janika Sillamaa looks back at her almost-Eurovision adventure. She was supported during her participation in Kvalifikacija za Millstreet by her vocal coach Jaak Joala, and it was suggested to send the song Lootus (Hope) to the preselection instead of Muretut meelt ja südametuld. Former Estonian commentator Olavi Pihlamägi says:

At the last moment, there was one person who said that ‘I feel that Muretut Meelt Ja Südametuld might be a little better in this international competition than the other song’, and that man was Jaak Joala.

Janika was already an upcoming musician and musical actress, impressing as a young Mary Magdalene in the stage production of Jesus Christ Superstar. She remembers how she was approached for Eurovision:

The rock musical Jesus Christ Superstar took place in the City Hall, I was a 17-year-old Mary Magdalene, and at one point I just flew to the wardrobe to Jaak Joala and Jüri Makarov and they said that it would be very fast now and that we did not have time to start fooling around and searching for someone else, everything must be in place this month.

I was very young, I had been singing my whole life, and then I was told that i’d have to sing in a scary place of importance.

There does not seem to be a retrospect wisdom that would have made it better in Ljubljana. All this happened at the last moment, as 12 former Eastern European countries were called to Ljubljana, seven were admitted.

Not proceding to the Eurovision-stage was an initial disappointment, as Janika Sillamaa explains:

Jaak Joala was very disturbed by the fact that it was like this, but I think that after a few hours the party went on, and that’s how it happened.

Olavi Pihlamägi says that Estonia’s result may also be attributed to several countries having better staging and sound:

For Yugoslav ensembles and performers, bass guitar was recorded, only the strings were played. We had to do it all live.

Janika Sillamaa looks back positively on her experience and has established a successsful career, yet she does not dwell on her Eeurovision adventure:

It was a long time ago, and I’ve gone so far since, that it’s not very informative to talk about Euro-nostalgia. My anxiety was that it was my first flight, and I saw mountains for the first time. It was a really crazy dream for me to see the mountains.

Janika Sillamaa (Tallinn, 1975) is an Estonian jazz- and pop singer, and a musical actress.

Janika Sillamaa, officially named Jaanika, started singing from an early age. Born in a musical family, she took to the stage of the musical theatre Colombina, founded by her mother, Kaari Sillamaa.

She studied at Georg Ots Music School in Tallinn, performed at festivals, had various lead roles in musicals, and was the lead singer of the group The Names. Later she formed the rock group Famagusta.

Having ventured to represent Estonia at Eurovision 1993, she returned to Estonia’s former Eurovision selection Eurolaul in 1998, placing 4th with the song Viimne valge kuu (Last white month), composed by her mother.

Janika Sillamaa currently resides in Tallinn and is an established performer in her native country Estonia.