Last weekend saw the 62nd edition of the Eurovision Song Contest take place, and whilst most eyes were on the performers, the hosts also had to make sure they looked their best. In total, the presenters  Oleksandr Skichko, Volodymyr Ostapchuk and Timur Miroshnychenko wore 13 different suits.

All the suits were made by the Ukrainian brands Indposhiv, Burenina, Lake Studio and Luvi. Here, we find out a bit more about the process of creating a suit perfect for Eurovision!

Famed for tailoring men’s suits Indposhiv created four costumes for Oleksandr and Volodymyr, who appeared in them during the semi-finals. 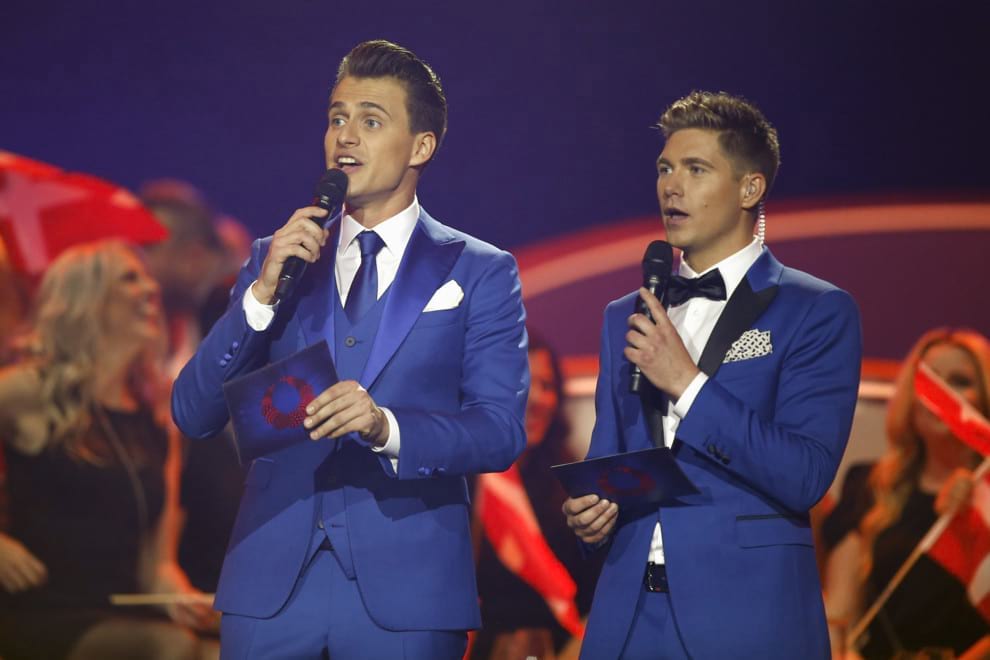 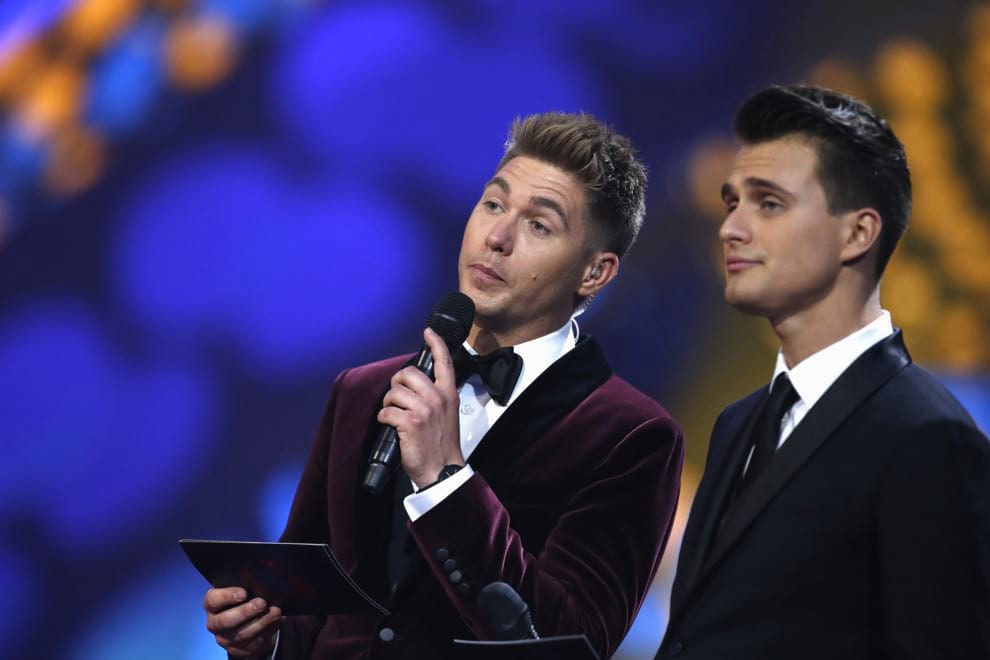 “Preparing the suits in such a short time was stressful, but nevertheless, a lot of fun The whole team of craftsmen was busy because it was the first time we are participating in a project of this scale” Says the founder of the brand, Katerina Vozianova. “Indposhiv have been sewing men’s suits to order for eight years, so we know how to make a suit sit well on any figure. we were very lucky, because Oleksandr and Volodymyr both have lovely figures and dressing them was not difficult.”

Embroidery in the past few seasons has become a hallmark of the brand Lake Studio and the main decoration of costumes that brand has prepared for Oleksandr and Volodymyr. The Lake Studio suits were worn by the duo when they opened the second semi-final, performing the hits of Eurovision past years in the Ukrainian style. 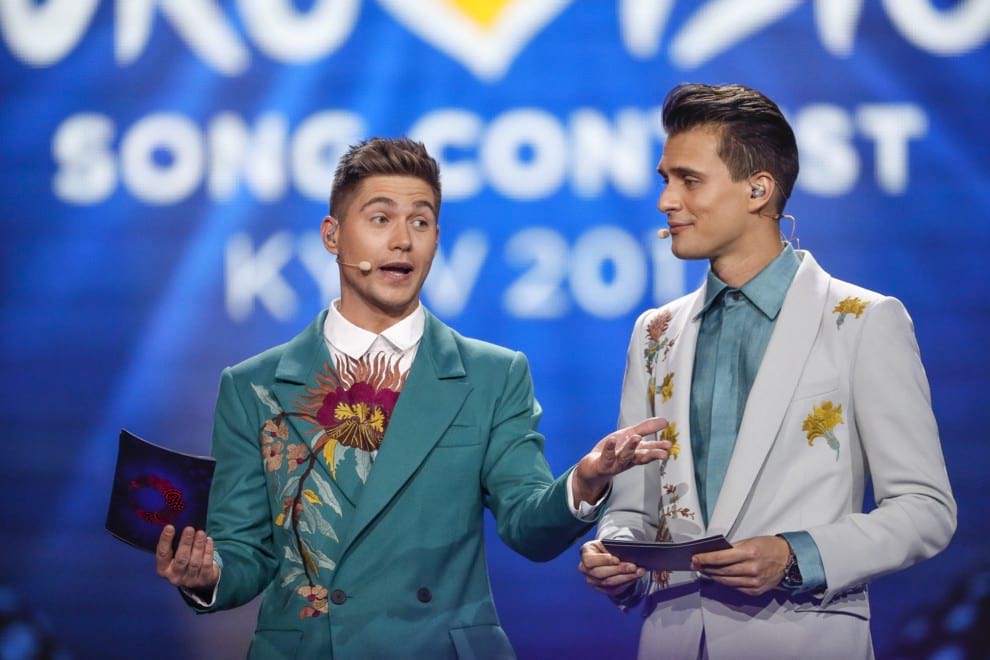 “The development of the costumes for the contest was not exactly an easy task for us, because our designs were chosen for a special performance, where they danced and played musical instruments, the costumes had to be extremely functional,” said Anastasia Riabokon and Olesya Kononov, Lake Studio designers. “Bright colours have been chosen to ensure they visually highlight leading to background ensemble, choir and dancing. It was extremely important to convey Lake Studio aesthetics even in such a large-scale television project as Eurovision.” 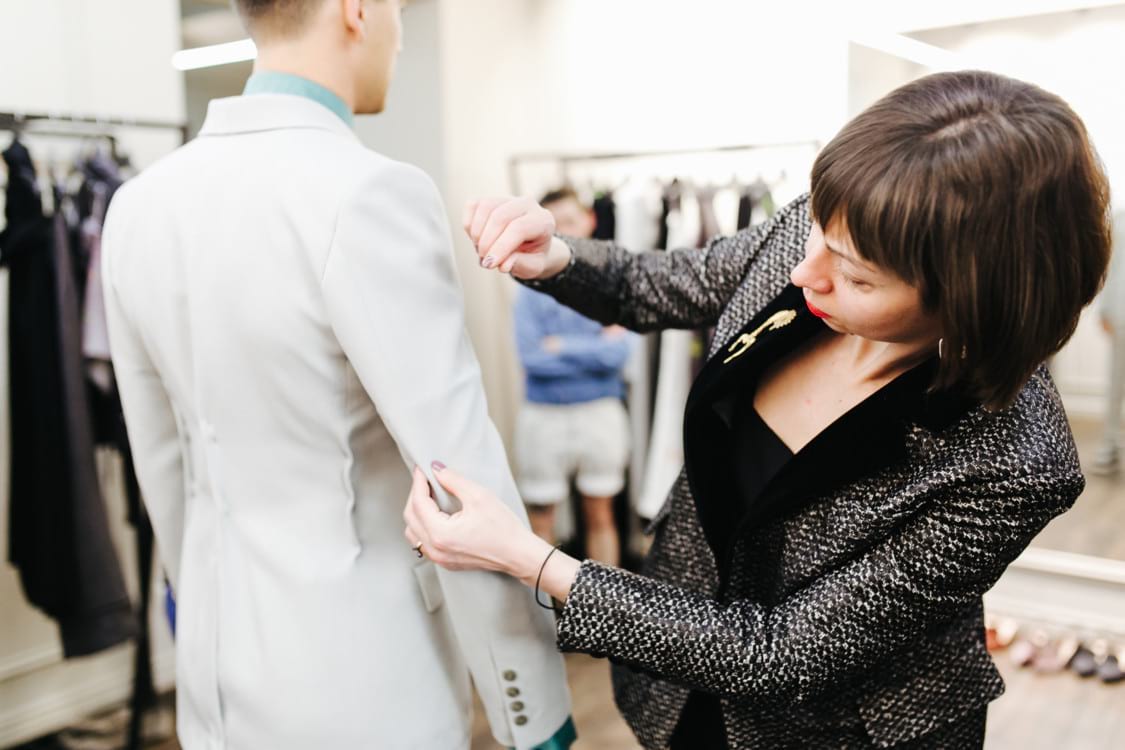 The brand Luvi also designed costumes for the main stage presenters, Oleksandr and Volodymyr. These were for the final, so the costumes had to be grandiose. To implement this task, the designers of the brand Lyudmila Sedlyar and Victoria Zagrafova used large iridescent sequins. “Our images turned out very beautiful and bright. Suits by the brand LUVI were the most ornate and original, which was necessary for the final of Eurovision.”, said Oleksandr Skichko. 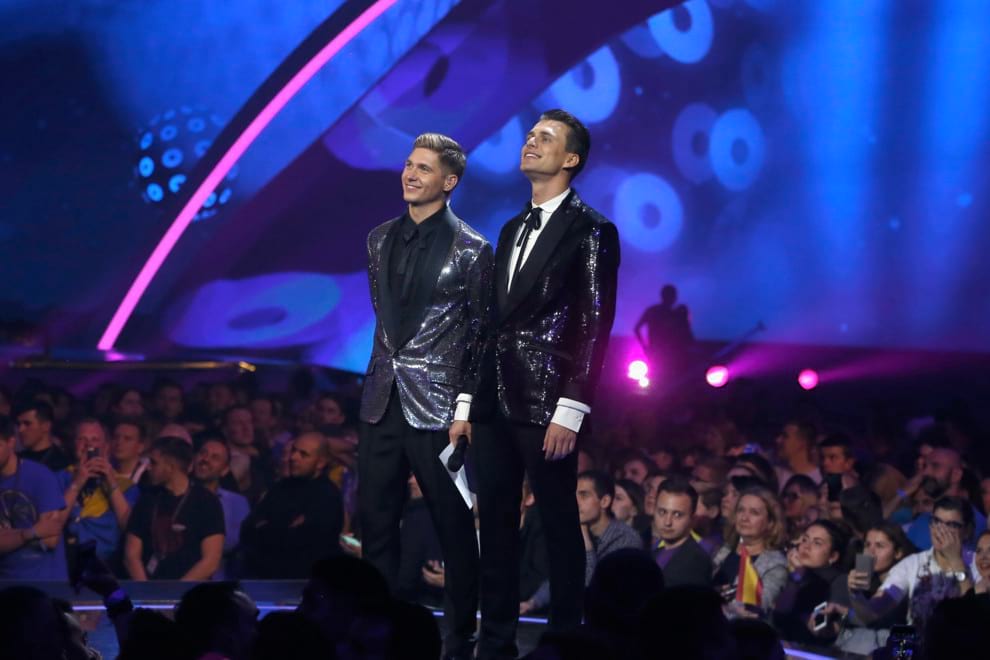 The designer Elena Burenina designed all the costumes for Timur Miroshnichenko – the presenter, who worked the green room. The organising committee decided that his image should remain a constant throughout the shows, so all suits would be designed by Burenina. 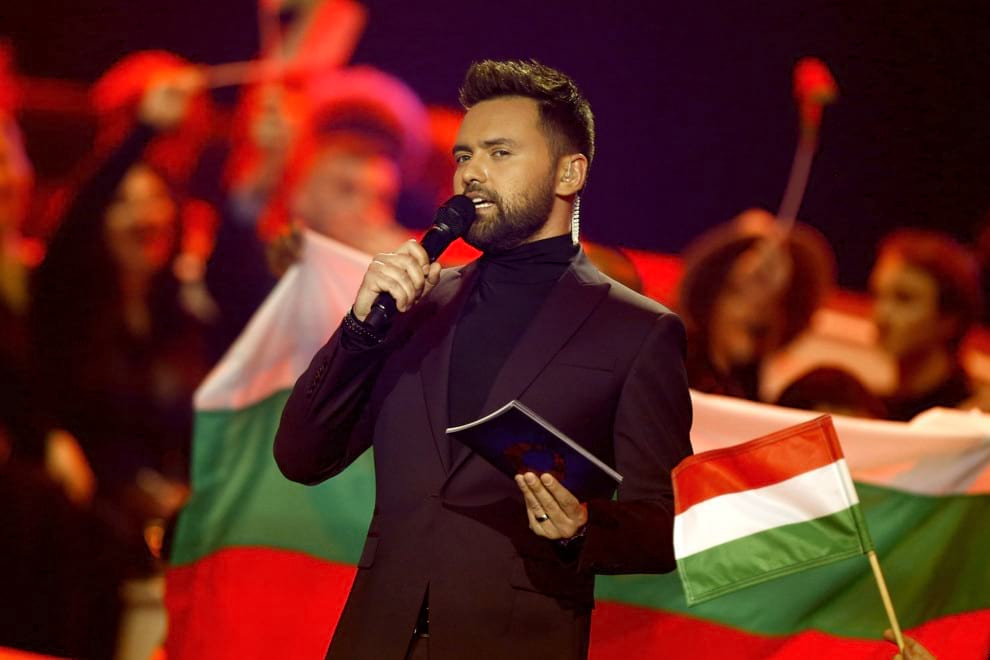 “With each broadcast, we are subtly complicate the look of Timur; we added interesting details like the shiny tie or chain on trousers, but still kept everything in the same style,” says Elena Burenina. 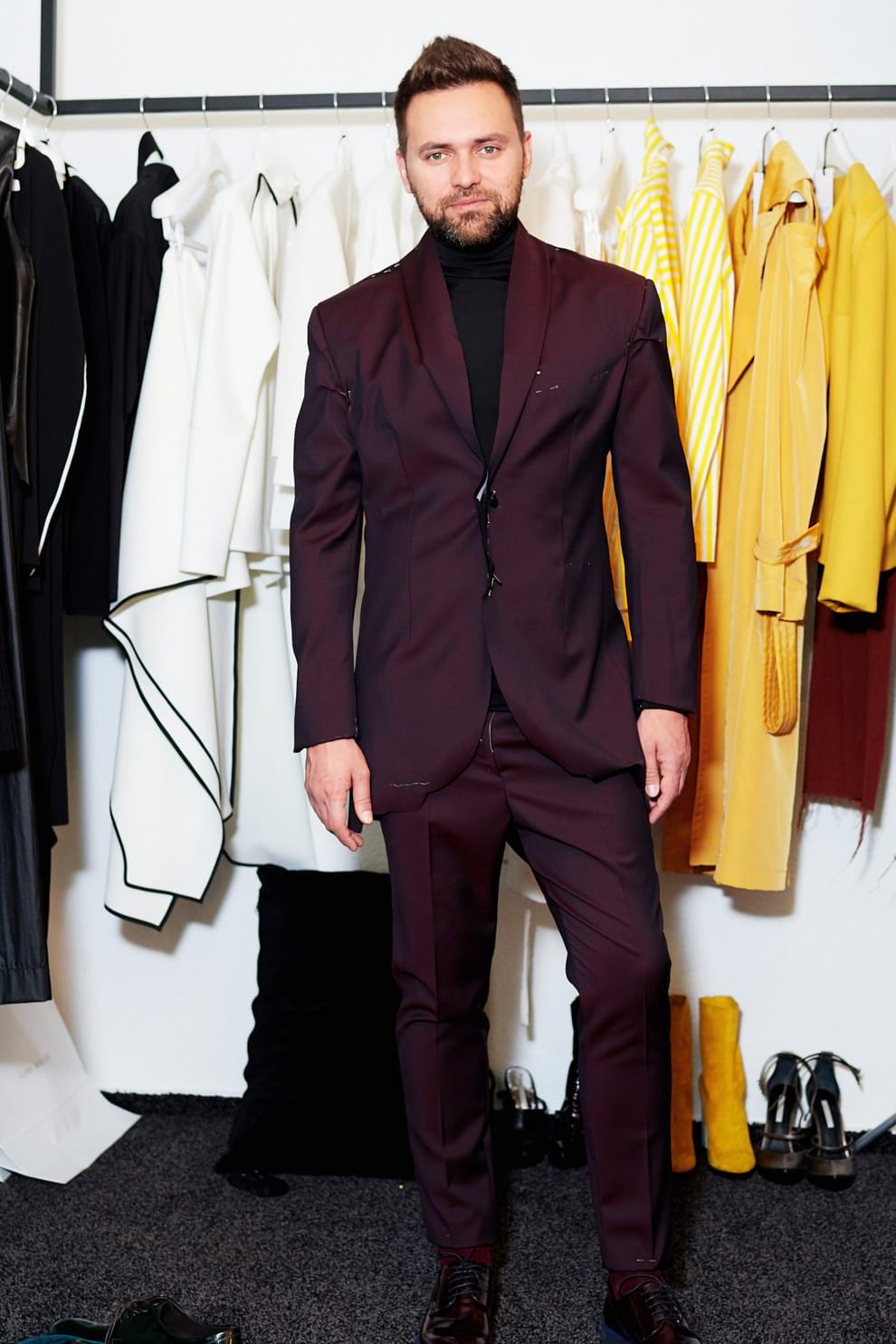 In contrast to the image of the stage presenter,  Timur could be more daring. It was demonstrated in the detail, and in the selected colour palette. In addition to black and grey, team Burenina used bottle green and burgundy shades for him. 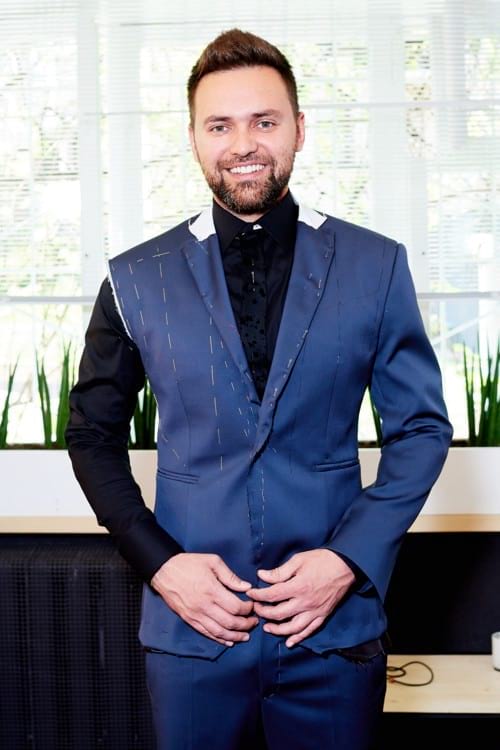 “Firstly, these suits were insanely comfortable! And it is very important to work on the stage. Secondly, when I put them on, my self-esteem went up by itself! I would also like to note the approach and attitude of my designer Elena Burenina and her team. They all insanely talented, professional, and their hearts are devoted to their work, ” says Timur Miroshnichenko.

The organisers of the Eurovision Song Contest praised the work of the designers. “We are extremely satisfied with the cooperation of the Ukrainian designers and Vogue UA within the project. Thanks for the costumes, created by brand LUVI, Lake Studio, Burenina and Indposhiv, which made sure the presenters looked fantastically beautiful in the frame, as well as off stage. The suits were liked not only production team, but also the international press.” said the deputy show producer Eurovision 2017 Elena Ageev. 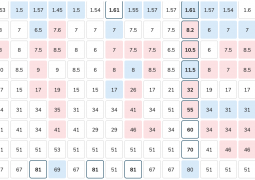 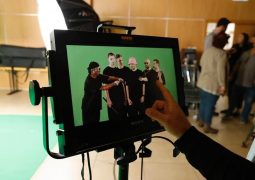 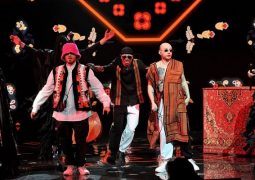