The 2016 Armenian entrant Iveta Mukuchyan performed her Eurovision entry Lovewave at the Pan Armenian Entertainement show in Los Angeles, back in November, but here’s a video to celebrate her performace.

Iveta Mukuchyan who represented Armenia in the 2016 Eurovision Song Contest in Stockholm, Sweden has performed her Eurovision entry Lovewave at the Pan Armenian Entertainement awards show in Los Angeles on the 6th of November.

The Eurovision diva also won the awards for Representing Armenia the best on International Platform and for Armenia’s Entertainment Ambassador voted by the public. The event was organised back in November and is for now the only edition of it’s kind.

What are the Pan Armenian Entertainement Awards?

With a dispersed Diaspora, the mission of the 2016 Pan Armenian Entertainment Awards was to encourage the preservation of culture and history both historic and contemporary by bridging the national and international gaps between generations. Organized by the Global Arts International in association with Pan Armenian Media Group, the 2016 Pan Armenian Entertainment Awards was the first event of its kind, honouring and awarding artists from every corner of the world for their labor of love in the fields of music, film, television, media and fashion. 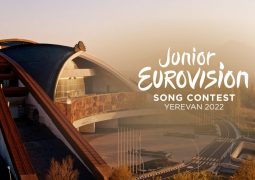 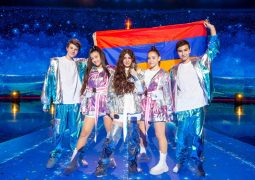