In hope for a better result in this year’s Eurovision Song Contest, the Danish broadcaster DR has decided to give the local fans a significant power in the selection process. The names of the five fans who will be responsible for 50% of the result on Saturday’s show are now known.

Earlier, a committee of 50 representatives, including Eurovision fans, have decided which ten entries will participate in Dansk Melodi Grand Prix 2017 among a shortlist of 41.

According to the voting mechanism, 50% of the votes in Dansk Melodi Grand Prix 2017 will be decided by tele- and app-voting, while the other 50% will be in the hands of five local Eurovision fans: 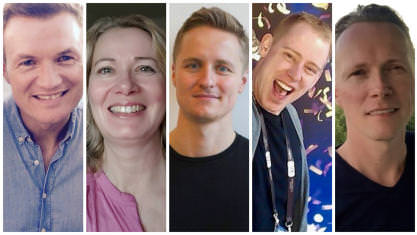 “These five are chosen as they are interested in the Eurovision Song Contest for many years and for them it is a lifestyle and not just a hobby. Through the years, they have managed to understand what works on the Eurovision stage and what does not”, says Jan Lagermand Lundme, DR’s head of entertainment.

The five will get to cast their votes both in the first round of voting as well as in the superfinal, where the top three will compete for the Danish ticket to Eurovision 2017.

If you haven’t managed yet, you can listen to the 10 competing entries of Saturday’s Dansk Melodi Grand Prix 2017 here. The lineup is as follows:

Don’t forget to join us on Saturday at 18:00 CET, as we will bring you the latest updates live from Denmark with our National Preview show.