Sir Terry Wogan was one of the greatest broadcasters of the UK and Ireland. His Irish wit, humour and general friendliness made him a much loved figure around the world. On 31 January 2016, Sir Terry Wogan left the broadcasting industry forever. In this special article we look back at his life and most notably his work with Eurovision.

Born as Michael Terence Wogan on 3 August 1938, his upbringing was strongly affected by the religious views of his family. At the age of 8 he was a student at Crescent College in Ireland were according to Sir Terry harsh discipline was used.

“We were brainwashed into believing,” he later described losing his faith at 17 as a relief. – Terry Wogan

“I only ever did enough to pass exams,” “I never had any capacity for preparing for anything. That’s why I’m so lucky to be in a job where I make it up as I go along.”

It wasn’t until he and his family moved to Dublin that he then began to develop an interests for the arts, and after following a short career at the Bank of Ireland he got his first job at RTE as a newsreader.

2 years later, he moved over to light entertainment and became the host of the quiz show, Jackpot which was one of RTE’s most successful programmes in the 1960’s. When the show was canceled in 1967, Sir Terry Wogan moved over to the BBC where he began his work at Radio 1 and Radio 2. In the years that followed, Sir Terry was a huge hit with viewers and in 1972 he became the host of Radio 2 Breakfast show.

Sir Terry’s first involvement with Eurovision was in 1971 where he did the radio commentary for the UK. But everyone will always remember him for his comments that he made on the television. From describing the songs, to sharing his views during the voting, Sir Terry was the reason as to why many people in the UK actually watched the Eurovision Song Contest.

Some of his muched loved comments included

His comments did of course divide opinion, but this never had an impact with his relationship with the EBU. In the 2008 contest (his last year of commentating) Sir Terry was personally welcomed by name.

As well as Eurovision, Sir Terry Wogan will also be remembered for Children In Need, the game show Blankety Blank and Come Dancing and chat show Wogan.

What were your favourite memories of Sir Terry Wogan? Let us know below and via our social media. 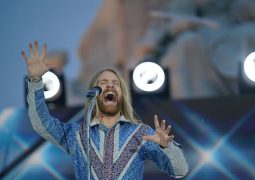 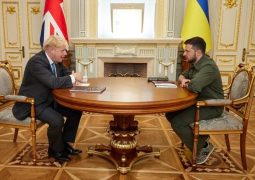