Eurovision Song Contest fans have been waiting news from most of the Big 5 countries about their plans for the 2013 edition in Malmö. Now also France has broken the silence. During their autumn meeting, OGAE France’s members had assistant director of France 3 programmes, Frédéric Valencak, as a guest. He informed that an announcement will shortly be made about the French participation at Eurovision.

In other news, France 3 has reportedly decided to once again trust and Mireille Dumas and Cyril Feraud to comment on the grand final of the Eurovision Song Contest on 18 May in Malmö. This was announced by Thierry Moreau, Chief Editor of the magazine Tele 7 Jours, live during the show Touche pas à mon poste! on 5 November, on channel D8, and co-hosted by Cyril Hanouna (co-commentator of the Oslo Contest in 2010). The journalist adds that the team will start to find the star to defend the colours of France. So according to the reporter we will not know, who the French artist for 2013 is.  Because again, according to Thierry Moreau, France Télévisions will send a “new talent” to Malmö. 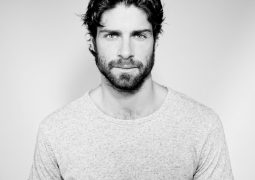