For the first time in over 30 years, the 1974 United Kingdom Eurovision Song Contest entrant Olivia Newton-John will be touring her country of birth. The pre-sale will begin for registered members of Live Nation UK on Thursday 25 October. The general ticket sale will start on Friday 26 October.

Her UK tour will consist of the following dates:

Olivia Newton-John was born in Cambridge, England in 1948 to a Welsh father and a Berlin-born mother. The family emigrated to Australia in 1954.

In 1974 Olivia Newton-John was selected internally by the BBC to represent the United Kingdom at the 1974 Eurovision Song Contest, held in Brighton on the English south coast. She was already a well-known and established artist at the time, and her song Long live love was chosen by the British TV public from six candidates by a post card vote. It has been said that the winning song was not a favourite of the singer.

The runner-up from the 1974 Song for Europe, Angel eyes: 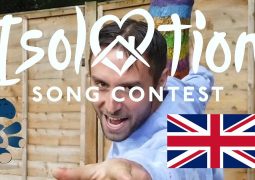